Treading their way through competition

SWIM The team opened the year with two wins over its local rivals. 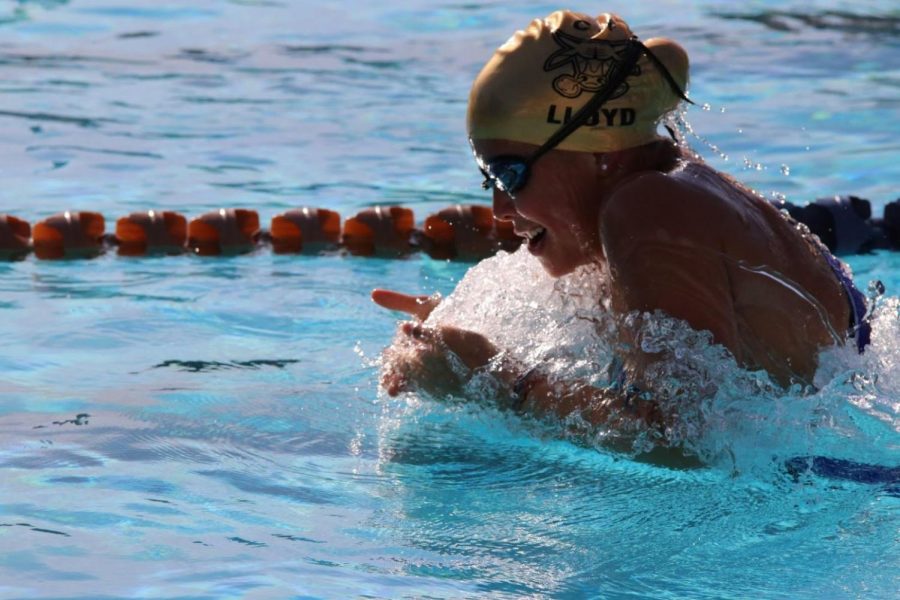 The Diamond Bar High School swim team is entering the pool with a splash this year, defeating Chino Hills and Walnut in all divisions at both preseason meets before the upcoming league season commences.

“It was an amazing feeling after the Walnut meet to walk away as a senior knowing that we swept Walnut,” senior Michael Lee said. “It was also awesome knowing that there was some real spirit in our swimmers, who were outcheering and out swimming the competition.”

Following the team’s first-place finish at league finals last year, head coach Darlys Ankeny hopes to fulfill the same aspiration this season. The team is also faced with challenging expectations to surpass after their success at CIF finals last May.

“Our goal this year is to win CIF,” senior David Wang said. “We are all excited to race and have fun.”

To maintain top shape during the offseason, many swimmers opt to train with club teams outside of DBHS. Both on and off campus, sprints have been a priority in their conditioning routines. Along with increasing speed, aerobic exercises have been a focal point as well.

“Our strengths are distances, like the 500’s for boys,” Ankeny said. “We’ve been doing more sprinting with the top level, trying to fill in the gaps.”

Ankeny named Wang and Lee as a few key seniors on the boys’ team this year, as well as seniors Kelly Cheng and Kelsey Lloyd on the girls’ team.

The team competed in their first dual last Wednesday against Glendora, resulting in a major boys’ victory of 129 to 41. Varsity girls experienced their first loss of the season at 77 to 93.

“I really enjoy the energy behind competing but I think what’s been keeping me going is that I have teammates that are super fun to practice [and] compete with,” Lee said. “As a team, I really want to see if we can get our team really excited about swimming as a high school and life experience.”

The swimmers competed against Bonita yesterday, and will face Ayala on April 11.