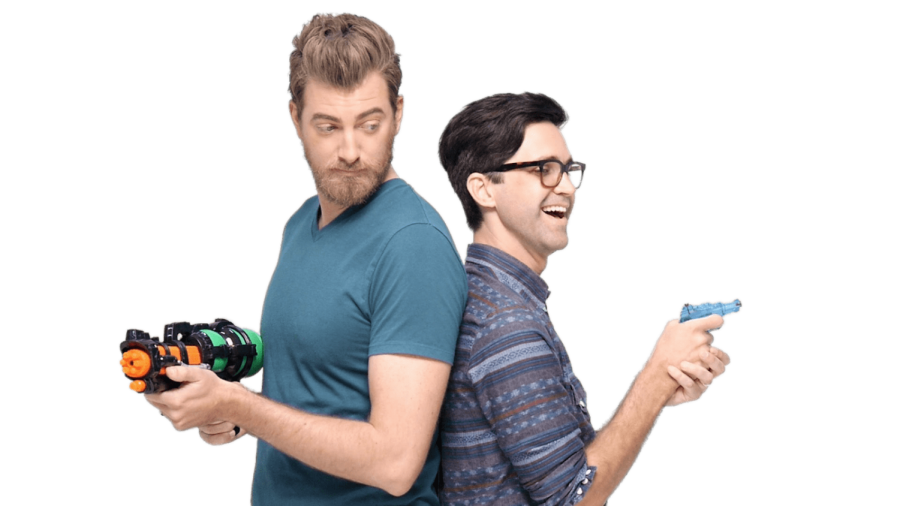 YouTubers Rhett And Link have over 14 million subscribers.

Though many turn to cable television or Netflix to catch the latest episodes of their favorite shows, YouTube has produced a number of original shows that are also becoming a staple in  pop culture. These shows are unusual in that individual creators have more liberty over what they produce, compared to most of the shows on mainstream television that are controlled by major networks and have limited creative liberty.

YouTube shows are also popular because they can be watched at no cost to viewers. Though YouTube Premium has emerged as a streaming service, it has annoyed many viewers who don’t want to pay $11.99 a month.

Many YouTubers have continued to produce shows on their channels for free in a variety of genres. Popular YouTube channels such as BuzzFeed, Pewdiepie and Anna Akana have created different shows, only increasing the channels’ popularity.

Some people turn to YouTube to get their daily dose of talk shows by watching clips of Ellen or Jimmy Kimmel, but YouTube also has a number of its own talk shows. One such is “Good Mythical Morning,” a daily morning show created and hosted by Rhett McLaughlin and Link Neal. With over 14 million subscribers amassed over the show’s six years and fourteen seasons, the show has become a YouTube staple.

The shows covers its two hosts participating in a variety of activities, from trivia games on obscure topics to eating strange concoctions of food. One of their most well-known segments, “Will it,” involves the two making different food items out of products generally not meant to be paired, such as the boiled-frog flavored ice cream they tried in their “Will it Ice Cream?” episode.

YouTube also has its share of drama and comedy shows, such as “Unfortunatly Ashly,” a BuzzFeedViolet series. The show centers around the adventures of Ashly (Ashly Perez) and her younger cousin Izzy (Arianna Lemus), as they deal with various awkward situations, many involving Ashly’s neighbor and crush Avery (Francesca Galassi). The show is extremely admirable for its humorous but relatable portrayal of daily life events.

Produced by Wong Fu Productions, “Yappie” is another YouTube show that has recently gained traction, particularly among the Asian-American community. The show follows Andrew (Philip Wang) and his attempt to break from his identity as a “yappie” (defined by the show as a “young Asian professional who acts like a yuppie”). Though it only has one five-episode season, there is a possibility of more seasons in the future.

Though YouTube is unlikely to replace traditional television, the increasing number of shows that rival the quality of high-budget studio productions bodes well for the platform’s future.