Student speaks out on concussions

Since freshman year, Jenna Wong has faced difficulty competing in sports due to head injuries. 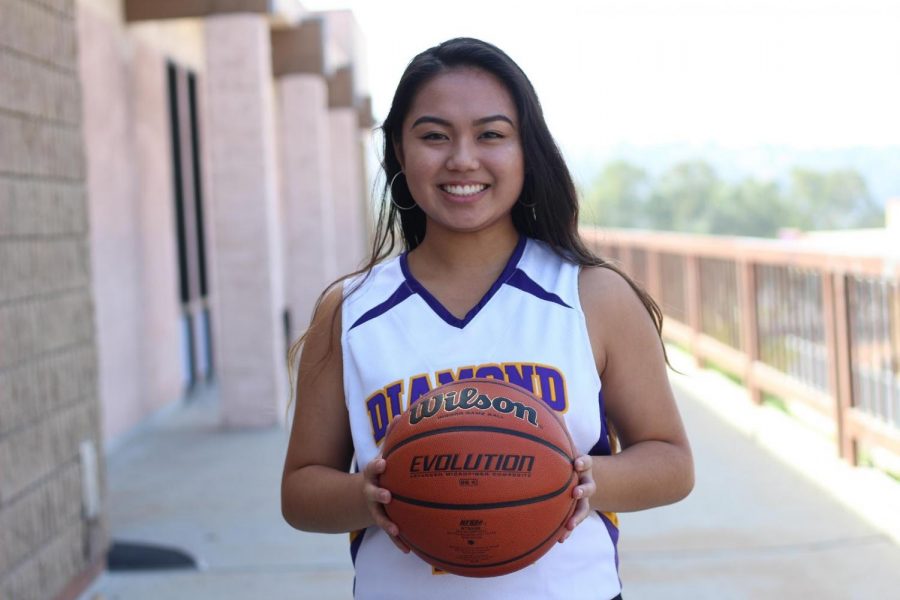 Jenna Wong is bringing her message on concussions to various teams.

As a football soared through the April rain, senior Jenna Wong slipped and hit her head in the midst of one drizzly powderpuff game freshman year. The concussion she received that day would mark a turning point in her high school career.

After realizing that most people—including her closest teammates and friends—didn’t truly understand her silent struggle as she fought for her return to normalcy, Wong decided to take action to educate other athletes on the effects of a concussion.

She first spoke publicly about her experience last November, in a TEDx Talk organized by the Diamond Bar High School Wellness Center and given in the school theater. It was her first time opening up about the situation to an audience broader than that of her close friends and family.

“With the opportunity to share something that I was able to make relevant to also our student body, I thought that it would be great to share my story, to not only bring awareness toward concussions but also hopefully help other people see that you can overcome the struggles that you face,” Wong said.

This year, she composed a script and organized a lesson plan, then gave her first presentation to the DBHS girls basketball team. Wong was also given the opportunity to present to a girls soccer team coached by her friend, and hopes to expand the instruction to other teams in the future. The presentation involves a series of interactive activities to help listeners better understand the severity of concussion symptoms.

She said her decision to speak out stems from the emotional rollercoaster she endured after the head trauma. Throughout the two to three months that followed her concussion, Wong suffered constant headaches, dizziness and sensitivity to light and sound. The symptoms persisted on a daily basis at first, then gradually began ebbing as her recovery entered months four and five, she said.

On the verge of full recuperation, Wong took an elbow to the head that September during her first basketball practice since the injury—receiving her second concussion within less than a year.

The incident took her out of basketball for all of sophomore year; she was cleared by her doctor to rejoin the game in August of her junior year.

“After my second concussion I still had symptoms for months after, and it was like almost a year and I still did, so my doctor diagnosed me with post-concussion syndrome, where my symptoms last longer than a typical timeframe for a concussion,” Wong said.

In her presentation, Wong touches on symptoms such as irritability and confusion—topics she knows all too well. The concussions took a heavy emotional toll on Wong, as any casual string of words could trigger flashbacks and generate renewed fear, she said.

“In class if I heard someone say, ‘Oh, come watch our soccer game on Friday!’ That would make me start crying in class. [And] probably one of the strongest examples was we were reading Frankenstein and it said ‘a concussion of air,’ and that’s when I started crying because I heard the word ‘concussion,’” Wong said. “There was another time we were down on the field and soccer was having a practice on the field behind me, and then they kicked the ball and it flew over my head and I just freaked out.”

Although the journey back to mental stability is still ongoing, progress has been apparent. Previously, her emotional balance would tip sometimes for no clear reason, but now Wong said she is more aware of what elicits a response.

“When it does happen, I just need to settle down because in the moment, it’s scary, but when I think back, [I’m] fine and I’m still able to play,” Wong said. “I did make the conscious decision to come back to basketball.”

Though the struggle has been taking a toll on her life since freshman year, it ultimately empowered her, Wong said. The experiences she underwent gave her a sense of purpose.

It made me realize that I do have a capability to do big things if I really set my heart to it,” Wong said.