FOOTBALL New head coach has worked from Alabama to Texas. 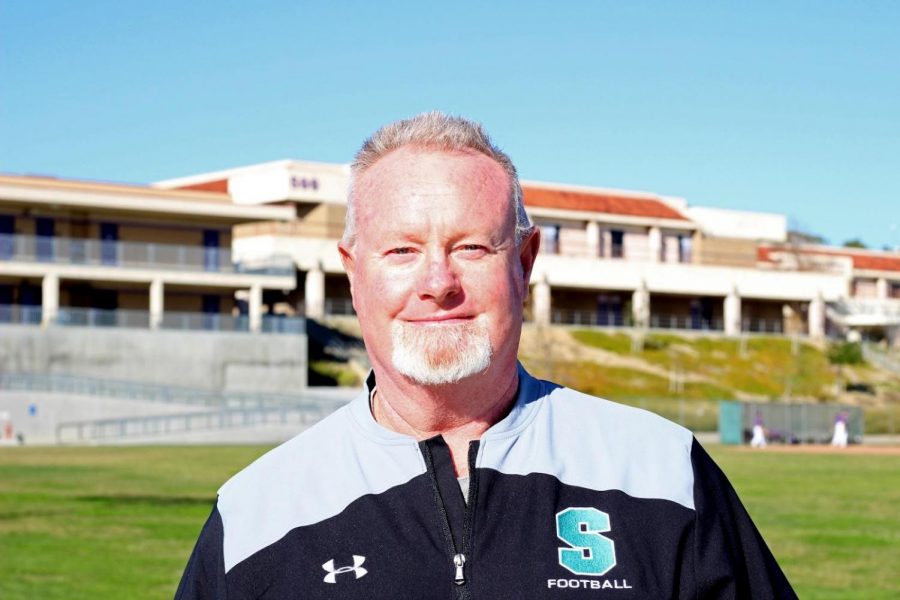 Reitz comes into the program with over 40 years of experience, winning a CIF championship as an all league linebacker for Sonora High School in 1975.

From Fullerton College as a walk-on coach, Reitz began a coaching odyssey that took him to the University of Alabama, where he was an assistant strengths coach for coaching legend Gene Stallings, to Texas, where Reitz coached Life High School into the top offensive team in the area. At each of his coaching stops, he wanted his players to understand the importance of hard work and have a genuine passion for the game.

“The number one thing is I want these kids to enjoy their experience of playing high school football, and I think winning has a lot to do with that. Understanding how to be a winner in our society, you have to work for it,” Reitz said.

Coming into DB, Reitz is developing a coaching staff mixed with coaches he has worked with and new coaches selected from interviews. However, they must all share one common trait.

“The number one thing about my assistant coaches is that they’re going to be guys that love kids,” Reitz said.

Currently, Reitz is focused on  conditioning and getting the boys in shape as many of the players are participating in spring sports. Solidifying positions will most likely stretch into the end of spring or the beginning of summer.

“We’re going to be unbelievably and unrelentlessly aggressive with great character. That is my personality and that’s the kind of kids we’re going to have,” Reitz said.

As DBHS is scheduled to move down from the Palomares League to the Mt. Baldy League, Reitz believes the boys will come out and shock the league.

“We’re going to surprise people this [upcoming season]. Every game will be good because we’re going to be competitive and give everybody everything we got every single game,” Reitz said.