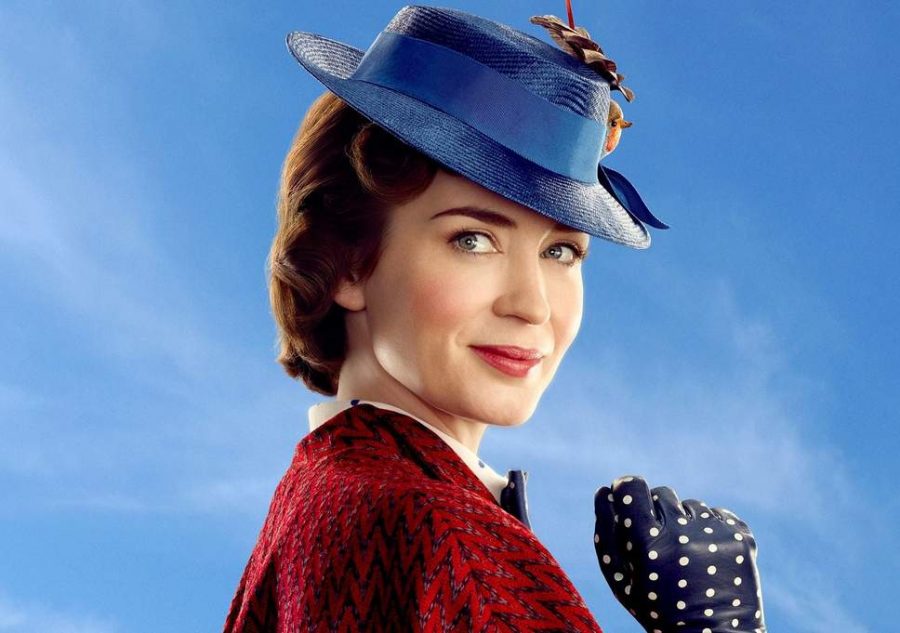 When Mary Poppins first fell from the sky in her namesake 1964 film, she captured the hearts of a generation. With a heartwarming storyline, stellar performances from Julie Andrews and Dick Van Dyke and songs that were practically perfect in every way, it was easy to buy into the magic of the film.

Unfortunately, the same cannot be said about the recent sequel. Though “Mary Poppins Returns” attempts to appeal to the same childlike wonder that made its predecessor a classic, it doesn’t quite create the nostalgia that the filmmakers clearly intended.

The sequel takes place 25 years after the original “Mary Poppins.” Now an adult struggling to raise three children after the death of his wife, Michael Banks (Ben Whishaw) must prove that his father owned shares in the bank, or else his house will be repossessed. Just when the situation seems hopeless, the unexpected return of Mary Poppins (Emily Blunt) reminds the Banks family of what matters most.

As Mary Poppins, Blunt doesn’t live up to the strict but charming characterization that Andrew created—her portrayal is harsher and less likeable. “Hamilton” mastermind Lin-Manuel Miranda is well-suited for the role of lamplighter Jack, though his character adds nothing new to the universe and only serves to fill in the shoes of chimney sweep Bert.

Some of the film’s songs managed to create a whimsical atmosphere similar to that of the original movie. “The Place Where the Lost Things Go,” has the same emotional effect of “Feed the Birds” from the first film, and works perfectly as a soothing and comforting lullaby. However, many of the songs dragged on for too long without doing anything to further the plot. The entire sequence with Topsy (Meryl Streep) singing “Turning Turtle” came off as an unnecessary time-killer.

While many of the actions by Michael and the children are driven by the fact that they miss their mother, it’s difficult for viewers to share this sentiment, considering that we are never introduced to that character. Had there been a flashback to help the viewers understand the dynamics of the family before the children lost their mother, the emotional impact of the film would have been much stronger.

The film’s resolution and character development are far less satisfying than those of the original film. While the original film shows Mr. Banks experiencing a complete shift in values from the start of the film to the end, none of the characters in “Mary Poppins Returns” develop much at all. Instead, the plot relies on chance incidents, so there’s less satisfaction at the film’s conclusion.

Ultimately, “Mary Poppins Returns” is a typical sequel: disappointing and inferior to its predecessor. It is clearly just another attempt by Disney to capitalize off past successes instead of creating innovative quality content, with its charming moments drowned out by blander ones.