Despite loss, DBHS teams have best showing in competition since 1999. 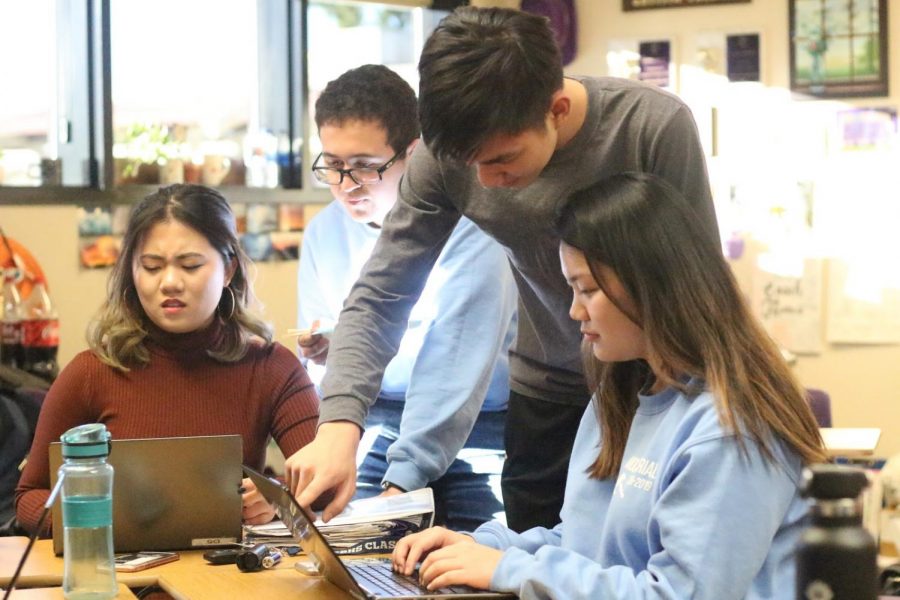 It was 19 years ago that the Diamond Bar High School mock trial team was last crowned Los Angeles County champion. Since then, no DBHS team had earned a spot in the finals, until last week.

Over the past few months, the school’s more experienced mock trial team, Team B, made it to the finals after six rounds of competition, ultimately finishing second in the L.A. County mock trial competition. Team A made it to the quarterfinals. Team coach Latitia Thomas and assistant coach Margaret Ku decided to divide the team this year because there were so many students who tried out.

“Our team consistently performed amazingly throughout this competition, which was only possible because of each person’s dedication to mock trial,” junior Courtney Chan said.

Last Wednesday, Team B competed as prosecution during the finals, losing to Chaminade High School team from West Hills, the same school that defeated Team A in the quarterfinals.

At the awards ceremony that night, Team A attorney senior Yuwen Wang was awarded the Alan L. Rothenberg Outstanding Student Prosecution Pre-trial Award out of all the competitors in the county, with senior Hamzah Daud receiving honorable mention.

“I was certainly surprised [when I received the award], as it was my first year participating in mock trial,” Wang said. “I am very grateful for Ms. Thomas and Ms. Ku for providing me with the opportunity to play a pre-trial attorney—a role that has honed my public speaking and critical thinking skills under a high-pressure environment.”

Although Team A lost to Chaminade in the Nov. 28 quarterfinals, the students were applauded by the scoring attorneys for their performance and sportsmanship.

The DBHS mock trial team studies a case that involves two legal counts. This year, the first one was a criminal case regarding a person who had filed a false emergency report, “SWATting” another individual. SWATting is used as a tactic to deceive emergency services by sending them to another person’s home.  The second count addressed criminal threats and constitutionally protected free speech. The teams were scored by volunteer attorneys who awarded points based on the quality of the performances.

Throughout the season, DBHS students have consistently received high scores, with Daud and Chan receiving perfect scores in some competitions. In the finals, senior Heidi Luo was named Most Valuable Player as an opening prosecution attorney. Closing attorneys Patrick Ma and Amelie Lee were chosen as MVP for semifinals and quarterfinals, respectively.

“They went to the county championship and I think they are exceptional. Both team were very talented,” Thomas said, “I will do the exact same [practice and process] every year.”