Learning from the sisterhood 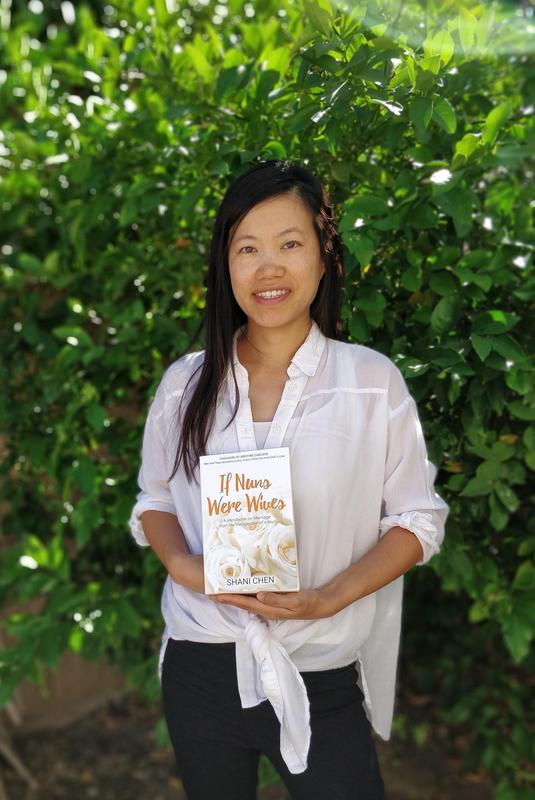 Shani Chen was on track to become a nun until a life-changing decision led her to embrace her inner writer and publish her first book, “If Nuns Were Wives.”

In her 2017 nonfiction book, the Diamond Bar High School class of 2003 alumna gives advice on how to maintain a happy and stable marriage from the perspective of a nun. Chen is now married with two children and hoping to make a career out of writing self-help books.

Chen had a passion for writing and religion ever since she was young. When she was 13, she decided that she wanted to live a religious life.

During her time at DBHS, Chen said she enjoyed learning French, the arts and environmental science because she loved being exposed to different cultures and caring deeply for the earth.

“Most of all, my spirit thrived on the extra curricular activities—art, photography, graphic design and even dance—where I could express myself without having to speak,” Chen said.

When she graduated from high school, Chen’s parents urged her to go to college even though she wanted to pursue a religious lifestyle. Chen obtained a bachelor’s degree in education at Azusa Pacific University with thoughts of  becoming an elementary school teacher.

After she received her teaching credentials, Chen moved to Taiwan, where her parents came from, and taught in a religious boarding school for a few years. She then heard that the nuns in Taiwan were holding a selection process to choose people to enter a temple. Chen felt confident that she would be chosen and decided to try out.

When the nuns did not select her, the rejection dashed her hopes of becoming a nun and left her feeling disappointed.

As time passed, Chen realized that the lessons she learned from preparing to become a nun were helpful in marriage and at home.

“[I learned that] we have to cherish the people around us as much as we can, because you never know—everything can change in a single second,” Chen said.

In high school and college, Chen went to events and retreats held by nuns, where she learned their ways and observed their behaviors. After not being selected, she saw the people around her struggle in their relationships and was inspired to help them by writing a book.

“I was fortunate to live among the nuns for awhile who gave me powerful tools to successfully face challenges,” Chen said. “This book was a way for me to share their wisdom.”

After one of her friends introduced her to an acquisitions editor—a person who recruits authors—who thought Chen’s life story could make a good book, Chen decided to switch her career path from teaching to writing

“That’s when the process of writing began and when I realized I could actually do something with my hobby,” Chen said.

At first, Chen found it difficult to write her book because she tried to sound professional in her writing. However, when she finally just let the words flow out and tried to be herself, the writing process became faster. She finished her manuscript in nine months, and within three years she finished producing her book.

“Putting myself out there made me feel so exposed and vulnerable when I am already shy to begin with. But I just loved the thrill of chasing a dream, and that really kept me going,” Chen said.

Through  this book, Chen wants people to feel a weight lifted off their shoulders by learning how to successfully get along with anyone in their lives.

The full-time writer is outlining her second book, which will be for the doormats and introverts of the world. Chen said she has ideas for 10 other books and has even thought about making a series with titles based on the title of her first book.

Chen reminds high school students to love themselves for who they are.

“Embrace every facet of yourself, even the things you don’t like, because there’s a purpose behind every single thing,” Chen said. “You are precious and you are beautiful beyond measure.”