Keeping their culture alive through dance 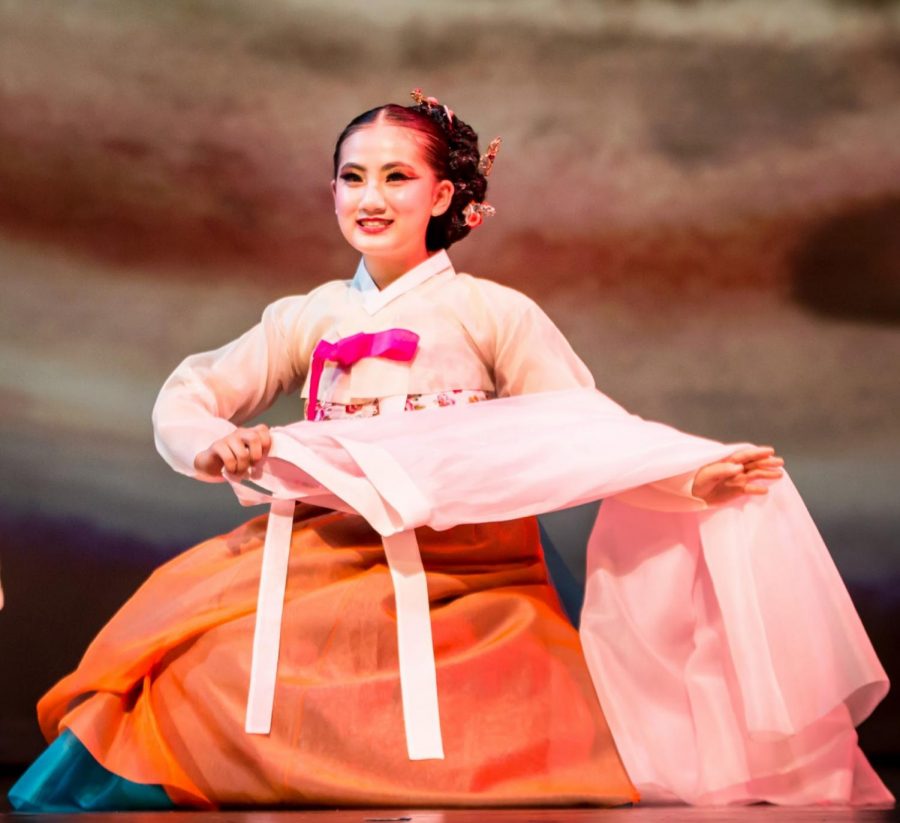 With drums, scarves, swords and fans, junior Cassandra Jeon and her sister, freshman Carissa Jeon, tell the story of their ancestors through traditional Korean dance.

The pair started pursuing traditional Korean dance when Cassandra was 10 years old and Carissa was eight after being exposed to other styles of dance.

“I used to do dance like ballet and tap when I was young so, with dance already in my interest, Korean dance seemed interesting to try,” Cassandra said.

Originating thousands of years ago, traditional Korean dance is about telling stories through movement. The girls explained that Korean dance began as performances in the royal court during Korea’s dynastic period.

In addition to movement through body, Korean dance incorporates various props that add unique style to each performance. Along with unique props, Korean dance requires dancers to wear special costumes that contribute to the aesthetic of the dance.

“[We wear] a variation of traditional Korean dresses called Hanboks along with various accessories,” Cassandra said.

The sisters said that the many accessories and costumes can be a burden to their dancing at times.

“Even though the behind the scenes can be stressful with all the makeup and heavy costumes, I do enjoy once we are done and we are performing,” Cassandra said.

Cassandra and Carissa are a part of the Korean American Youth Performing Artists group. They have performed in different places around Los Angeles, from senior centers to the Hollywood Christmas Parade.

The sisters said that they spend many hours outside of school perfecting their art, practicing about three times a week. Each practice session the duo attends lasts for at least two hours. Their schedule is even more strained by other extracurriculars such as marching band.

The sisters feel a need to carry on the tradition of Korean dance to connect to their heritage.

Cassandra is motivated to continue dancing for a multitude of reasons, naming the revival of traditional Korean culture and validation from the audience as her reasons for continuing.

Carissa expressed another reason to dance. In the Korean performing arts group, once performers reach a certain grade level they are offered officer positions, which Carissa hopes to obtain.

”My inspiration comes from the motivation that I’ll be able to uphold a leadership position in the future,” she said.

The most important part of dancing for Cassandra how it enables her to carry on tradition.