VOLLEYBALL The Lady Brahmas start the season on the wrong foot, with an overall record of 0-7. 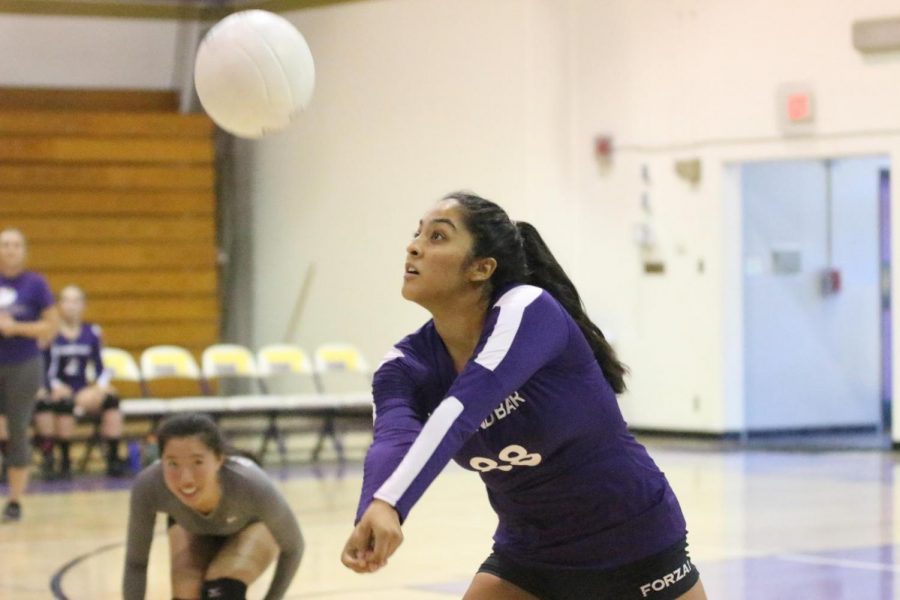 Diamond Bar High School’s girls volleyball team has a new head coach, but it’s someone the team is very familiar with.

For the past three years, Lauren Adnoff had been the assistant coach and worked alongside previous head coach Katie Swetnam, who left DBHS this past summer.

Despite these losses, the Lady Brahmas are optimistic about the rest of the season and starting league play.

“With the change of leagues, the team is seeing this as a new challenge to conquer,” Adnoff said. “It’s been a while since the program has played the teams currently in our league. It will be a fresh look and great opportunity to see other top notch programs.”

She believes the team can reach CIF through their determination, discipline and teamwork. Adnoff said she wants the team to learn more during practices by discussing or demonstrating a mistake or play and re-doing it over. She says this method will prepare the players for an actual game and their bodies will remember what to do.

“Besides trying to reach CIF, ultimately my goal is to help the team continue bettering themselves on and off the court and learn the importance of what it means to be a team,” she said.

From offense and defense to the players on the bench, she believes that everyone is a key player on the team, and that each contributes something that will help the Lady Brahmas reach CIF. She said junior Faith Vasquez and senior Angela Zhang as key players on offense, while seniors Karly Moreno and Kimberly Flores contribute as assertive servers.

Adnoff also mentioned seniors Joycelyn Ung and Emily Chiang as the team’s top  defense players, and senior Simran Sandhu as a powerful blocker, who forces the opponent to mix up their hits. She also said that senior Lauren Chang should be a key contributor who can  keep the team from getting locked down on defense.

Chang, Chiang, Flores and Ung have stepped up as co-captains.

Chang, currently a setter, aspires to become a better leader and more versatile by the end of the season. She said she hopes to improve her hitting and blocking skills, and be able to set a variety of plays.

“I feel better about the new league because I heard it’s a little weaker so that means that we have a better chance of winning [the] league and getting into CIF,” Chang said.

Chiang, currently a defensive specialist, also wishes to improve her skills, become a better captain and leader by being more assertive on and off the court. In terms of improving from the last season, Chiang wants the team to work hard at the practices, be more cohesive, and refine their skills as individuals and as a team.

“For the new league, we have no idea what to expect, but we are preparing for everything that is going to come to us,” Chiang said.