From Joystick to virtual reality 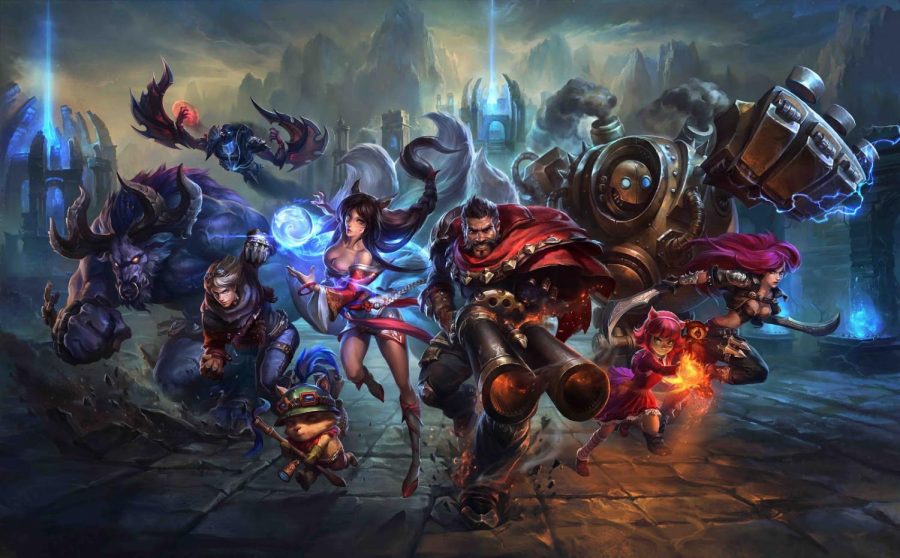 Since their birth in the early 1950s, video games have evolved drastically from what anyone would have imagined.

Today, many high schoolers spend countless hours on video games, spending  hundreds of dollars to buy the latest and greatest game or adding cosmetics for their avatars to feel more confident in-game. With Fortnite and League of Legends leading the way, the growth of video games has changed the way that many people spend their free time.

In their infancy, video games were never meant for the general public and were mainly used in the military and in science. The first video games were made using advanced computers in science labs, which were extremely expensive and too heavy to be transported to people’s homes, according to an article by the Smithsonian Institute on the history of video games. Even when video games were first released to the public, they failed to gain attention as a regular household item.

The popularity of video games surged in 1972, with the launch of the Atari and its advertised World’s First video game: Pong. In this game, two players face off against each other in a table tennis-like experience. Atari’s major success gave birth to many other popular titles, such as Space Invaders and Asteroids. These simplistic gaming systems paved the way for more intricate games in the future.

The golden age of arcade games began in the 1980s, when games such as Donkey Kong and Pac-Man were created. Arcades were a smash hit with the public, young and old alike. Kids could go with their friends to play for high scores on games while young adults  turned arcades into date destinations. These coin operated joints made billions annually. In 1981, total earnings were $5.7 billion. By July of 1982, sales had jumped to $7.3 billion, according to an article on  the history of arcade games by Ken Polsson.

In the 1990s, the popularity of arcade games began to dwindle as household consoles became the new craze. Companies like Nintendo made a name for themselves in the gaming industry through products such as the Nintendo Entertainment System (NES), Nintendo 64 (N64), Game Boy and more.

Other companies entered the video game scene, such as Sony with the Playstation or Microsoft with their high tech computers. Cult classics such as Doom, The Legend of Zelda, Super Mario 64 and Pokemon Red/Blue became the new addiction of children across the nation. Pokemon, in particular, allowed players to interact with each other through trading and battles.

In the new century came a major evolution in video games, and consoles became the king of the gaming industry. During this time, Sony, Microsoft and Nintendo continued to dominate the gaming industry with the Playstation 2, Xbox and Gamecube, respectively. These consoles allowed up to four players to play simultaneously, allowing players to engage with one another in their gaming time. Cooperative and player-versus-player games were widely acclaimed and games such as Grand Theft Auto, Halo, Call of Duty and Mario Kart sparked competition between multiple players.

In addition, the rise of computer screens led to computer games being played just as much as console games. In the 2000s, fast internet speeds and affordable computers allowed people from across the world to play online with each other.

The most famous computer game of the 2000s was World of Warcraft, a massively popular, multiplayer online role-playing game. Other games included Starcraft, Diablo, Half-Life and Counter-Strike.

Along with the increased popularity has come a growing influence across entertainment platforms. Action movies and their effects mirror  video games and video gaming was the subject of Steven Spielberg’s most recent film, “Ready Player One.”

With such a wide variety of games to choose from, whether it be shooting or adventure, storytelling or building to survive, games now appeal to a wide audience.  Due to the enormous market in video games, different platforms such as eSports and streaming services have popped up.

Competitive gaming, or eSports, allows video game fans to cheer for their favorite teams as they face off against each other, similar to traditional sports. The competitive scene incorporates multiple games such as Counter-Strike: Global Offensive, League of Legends and Overwatch. In addition, eSports have been broadcasted on major sports channels, which has caused debate over whether competitive gaming should be considered a sport.

Obviously, video games will continue to evolve. Even now, virtual reality has begun making a splash on the scene, allowing gamers to “experience” the game as if it was in real life.

Video games are more inclusive than ever, allowing more people to experience them together. Streaming and eSports will only continue to grow due to the popularity of video games. As technology continues to improve, video games will follow.