Flags raised for the new season 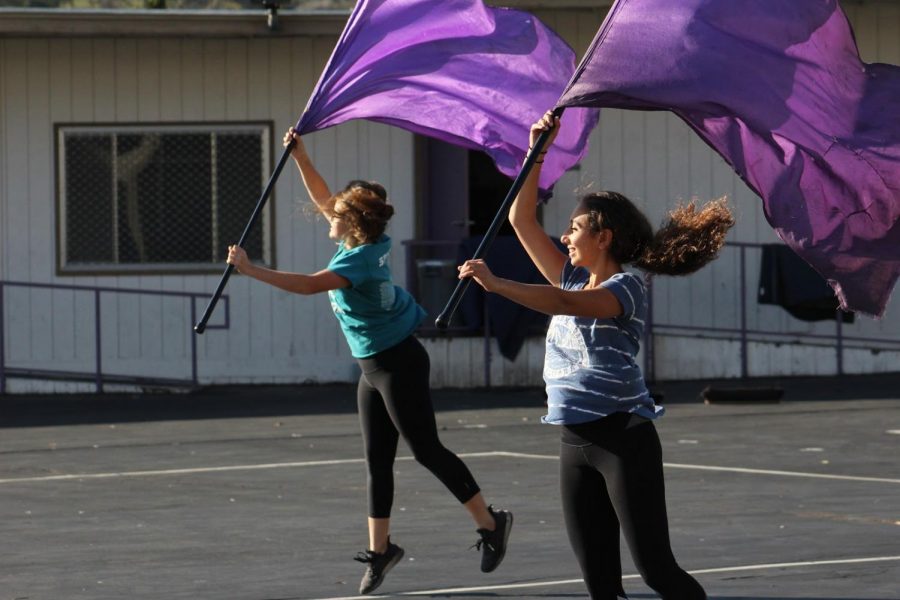 Unlike parade season, where the team competes alongside marching band, winter season requires color guard to choose their own song and choreograph movements with not only flags, but also rifles and sabers.

According to junior Markella Simmons, winter guard is more challenging than parade season.

“Parade has only flag but winter has flag, rifle, saber, dance and even more,” Simmons said. “Even though there are more aspects to cover this season than the last, I think we have been trained well to cope with the routine.”

The color guard team hopes to participate in seven competitions this year, the biggest being the World Championships in Dayton, Ohio from April 2-7.

Earning a trip to the championships depends on the outcome of their performances at the preceding competitions.

At each competition, the teams are evaluated with a scoring rubric. The rubric has four categories: vocabulary, execution, movement and equipment. Vocabulary includes the choreography of the performance, execution is how well the choreography was performed in relation with the theme and routine of the show, movement is the dance itself and equipment is the various props color guard uses in their routines, such as rifles, sabers and flags.

In preparation for this season, coaches Rob Jett, Brent Dunlap and Madison Vanderbrake have been training the team to master arduous and challenging tricks, such as double catch behind the back and a parallel catch between their legs.

They have also been giving the team portions of the choreography to piece together once the music is fixed.

Color guard’s biggest obstacle this season is the significant loss of members to graduation.

“This year our color guard only has 16 people, when on average there should be around 24 people, so we are an unusually small color guard,” senior Kelly Chan said. “We are kind of struggling with that now because we actually only have six returning varsity members from last year, so there is a big gap in experience.”

The Brahmas will be competing at the West Coast Winter Guard Riverside City College Premiere Show on Jan. 27.