While Van Horn is out on maternity leave, former MLB pitcher substitutes. 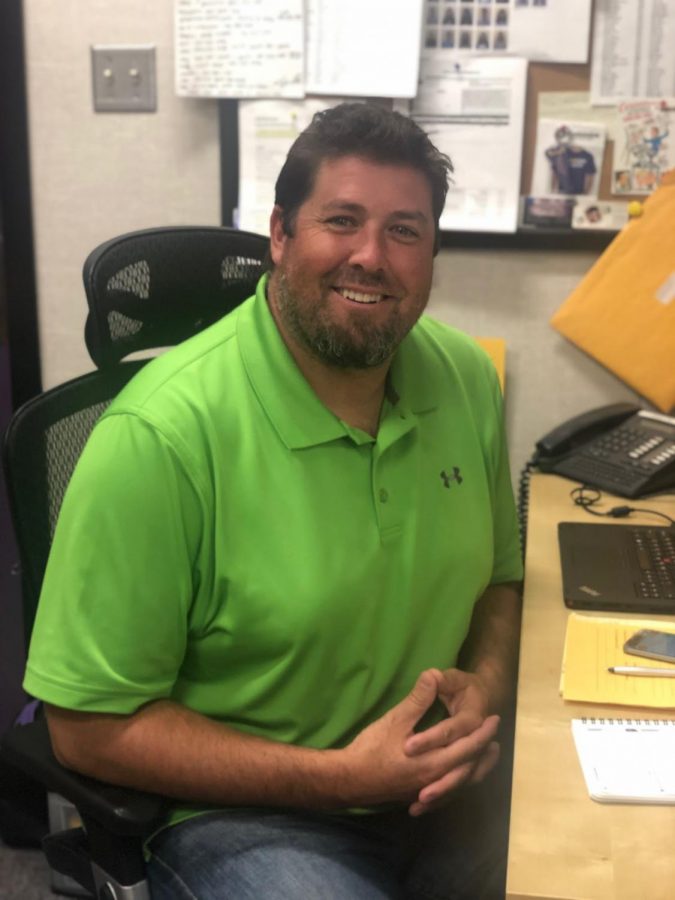 In October, when the substitute hired to fill in for Activities Director Janna Van Horn left for another job, Diamond Bar High School turned to an alumnus to take over.

Mike Burns, who graduated in 1996, will be running the office and guiding USB until Van Horn, who has been on maternity leave throughout the school year and recently gave  birth to her second daughter, returns for next semester.

Burns’ wife Sonja Burns is a GLC at DBHS and his sister Jennifer Burns teaches geometry and algebra 2.

Earlier in his life, Mike Burns spent time as  a professional baseball player.

Burns played for a few major league baseball teams in the early 2000s.

In 2005, he pitched for the Houston Astros and then in 2006 split his year between the Cincinnati Reds and the Boston Red Sox.

He said that  coming in mid-year as activities director took a bit of adjusting to do.

“I’ve been learning a lot and understanding the kids,” Burns said. “Just watching and seeing how creative they are is a cool process to witness.”

In August, Pedro Paz was hired for the position, but after helping to  organize Homecoming, left when he was offered a job position elsewhere.

“I started this position during the commissioner application process, so it’s a little stressful trying to get everything organized and set up, but our first round of interviews went really well… so it’s going to be a hard decision for the E-Board,” Burns said.

Burns said he is still adjusting to the job’s high demands and getting used to the new occupation.

He said it is different from anything he has done before.

“This is all so new to me, but it’s been very fun,” Burns said. “I went to Diamond Bar High School so I kind of understand how it works and how big USB is for the school.”

Although Burns does not have as much experience with planning events and other school activities, he has received support from the students in USB and the staff on campus.

“Mr. Burns sacrifices a lot of his time by staying after school with us during poster paintings so that a lot of our events can be successful,” Song said.