Choir shines in “The Classics” concert 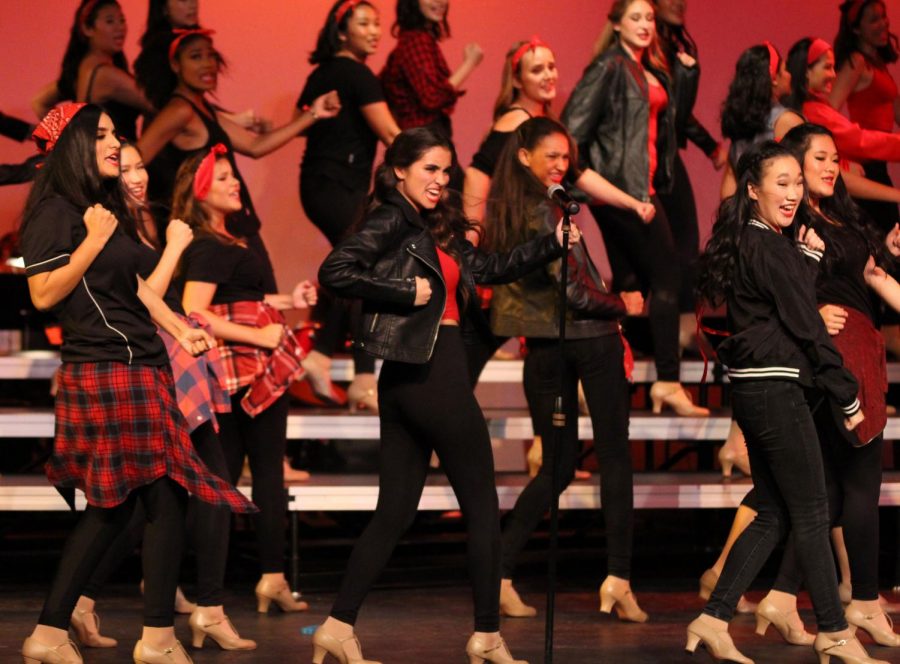 With a combination of Broadway essentials and songs from history’s most successful artists,  Diamond Bar High School’s choir department shined bright in their fall concert, “The Classics.”

The Oct. 4 show started off with all choirs singing “Live in Living Color” by Marc Shaiman, before transitioning to several solo performances.

Multiple soloists sang famous Broadway ballads from both older and recent shows. Senior Kayley Tomaya sang “All I Ask of You” from “The Phantom of the Opera,” and sophomore Alyssa Guera showed off her vibrato and technique with “Many a New Day” from Rodgers and Hammerstein’s first Broadway show, “Oklahoma.”

Seniors Katherine Reyes and Nastassia Marantz both sang songs from “Grease,” with Reyes singing “There Are Worse Things I Could Do” and Marantz singing “Hopelessly Devoted to You.” Both of their performances perfectly reflected the emotions of Rizzo and Sandra Dee, the characters who sing the songs in the actual musical.

Other soloists took on tracks by musical icons of past decades. Freshman Christian Bongcaras tackled Frank Sinatra’s “My Way,” senior Sarah Ortiz showed off her vocal range with “At Last” by Etta James, senior Ernie Perez sang a heartfelt rendition of “Imagine” by John Lennon, and junior Taylor Moore gave an enthralling and confident performance of Pat Benatar’s “Promises in the Dark.”

Solitaire, Marquis, chamber choir and Diamondtones all also performed group numbers, both serious and lighthearted. Diamondtones and Solitaire sang traditional choral performances of “Rose Red” and “Set Me as a Seal,” respectively. This contrasted Solitaire’s flashy performance of “Mamma Mia!/ Waterloo,” from “Mamma Mia!,” which was accompanied by upbeat choreography.

All of the choirs came back onstage to sing ABBA’s “Thank You for the Music,” a perfect finale and fitting tribute to the art of singing.