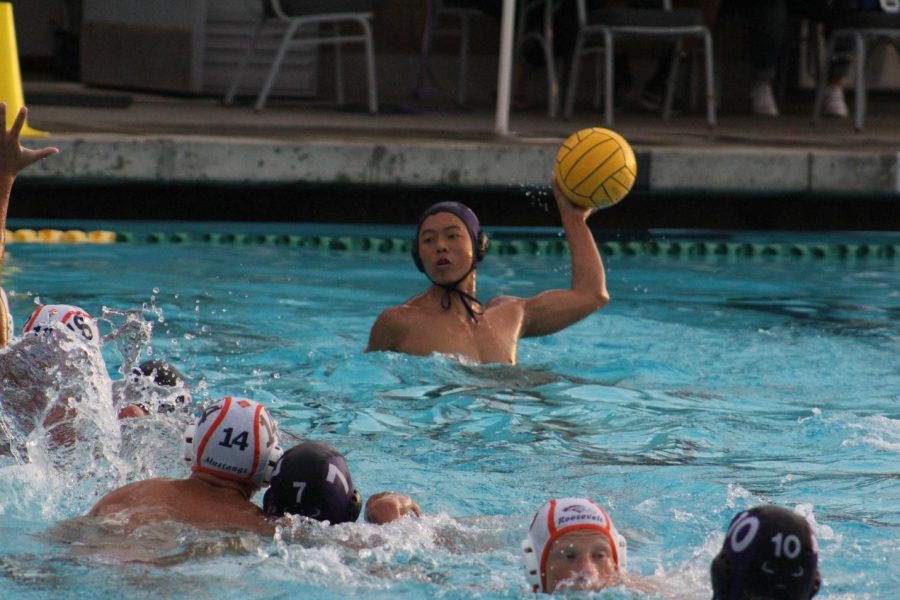 Senior Christian Cheung legs up against a Roosevelt defender in the 13-9 win.

“Even though we did not win [outright], it was a successful season. The boys grew as a team and made history for the program,” coach Gary Cheever said via email.

The league champions won their first CIF game against Roosevelt High School 13-9 and advanced to the quarterfinals, where they lost against Kennedy 8-7. The match was extremely close and came down to the final seconds.

“We barely subbed out because our synergy and skilled [players] were essential to our victory over Roosevelt. Overall we played well, it was just small mistakes on defense, and our offensive awareness that cost us games,” senior set guard Matthew Kim said.

The Brahmas faced several challenges throughout these games that kept them from bringing home the CIF title. The team only had one chance to practice in between the two games, they were unfamiliar with how the opposing teams played and were worn out during games due to their shortage of subs.

Standout players throughout the season included senior Raphael Mutuc, the star goalie of the team and senior Brandon Lin, who led the defensive line.

Even though their CIF run was short, the team gained valuable lessons which they can apply to next season. Using his experience from this season, Cheever plans to get his team to play more aggressively and gain more game practice during their offseason.

Overall, the team had a successful season despite the fact that many of their key players from last year graduated. The team has existed  for five years and this year was the Brahma’s second time in the CIFs. The first time was in the third year and the team made it to the semifinals.

This year the Brahmas were able to defeat Bonita for the first time and go down in DBHS history as the first boys team to earn an undefeated league champion title.

“It doesn’t matter what your expectations are or how bleak a situation might seem, because hard work will always prevail,” Kim said.