Those at DBHS give their perspective on the World Series games held at L.A. against the Red Sox. 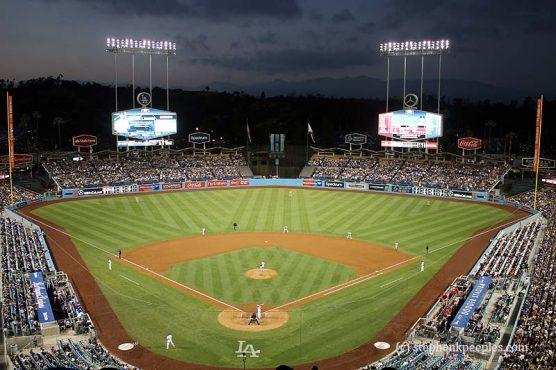 For the second year in a row, the Dodgers lost in the World Series, this time to Boston, but won the 18th inning marathon.

Making a second consecutive appearance in the World Series this year, the Los Angeles Dodgers faced off against the Boston Red Sox, losing 4 games to 1. Despite the loss, it gave several Diamond Bar High School students and faculty members the opportunity to attend a World Series game.

“I feel like they tried their hardest some games and others they didn’t. During the regular season they showed how much of a better team they became,” junior Ryan Yue said. “I’m sad because the Dodgers lost but happy for the Red Sox because they haven’t won in a long time.”

Of the five games played in the series, three in Los Angeles, the most memorable was Game 3. Lasting 18 innings that spanned  7 hours and 20 minutes, the game now holds the record for the longest game in World Series history.

Junior Jonathan Delgado recalls the moment in the game when  Max Muncy hit the game-winning home run to close out the game 3-2.

“As soon as it got to the ninth inning, everything went crazy. Nobody was sitting down. [By the 17th inning,] it was cold and everyone was bundled up in jackets, but no one left,” Delgado said.

Yue said that the most memorable moment he witnessed was Yasiel Puig’s home run in Game 4 of the series.

“When there were two guys on base and Yasiel Puig hit a home run, I was jumping up and down, screaming his name. The crowd was packed, with people chanting wildly for both teams,” Yue said.

Despite the loss, GLC Marc Natividad said that it was an enjoyable game to witness.

“When I went with two of my buddies to Game 5 and just being there at Dodger Stadium, watching the game from beginning to end, it was an awesome memory, one I will always have. It’s an exciting time to be a Dodger fan,” he said.

Even though the Dodgers did not win the World Series, for the second year in a row, DBHS fans enjoyed the excitement and the atmosphere of getting to be in the stadium during the games.

“Being there, it’s something else when you are at a playoff game, and your team is looking great and they win….you just can’t beat it,” Natividad said. “It’s electric, loud, everybody’s into it, everybody standing on their feet cheering, and it’s a pretty cool moment.”