Diving into the competition 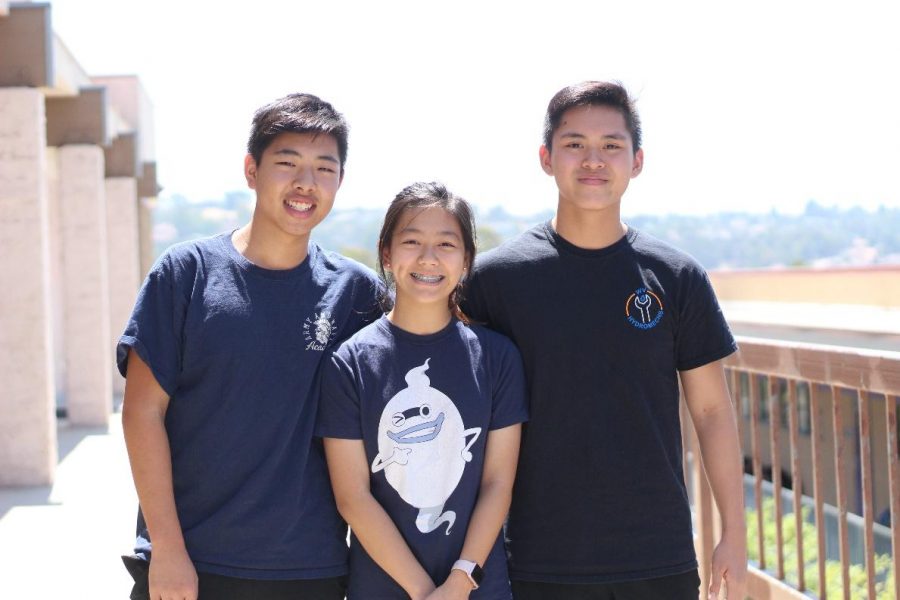 Members of the Hydromechs team watched with bated breaths, as a student carefully placed the cylinder machine they built from scratch into a swimming pool. After weeks of designing and building, the team had finally succeeded— the robot descended underneath the water at neutral buoyancy and maneuvered through the pool.

Hydromechs is an underwater robotics team made up of students from thschools Diamond Bar, Walnut, Troy and Bishop Amat Memorial high schools. It was founded outside of school in 2015 by DBHS class of 2017 alumnus William Loo, who was also part of the Walnut Valley Robotics team.

DBHS students on the team include juniors Peter Hsueh, Sean Chang and Jessica Yen. During middle school, Hsueh and Chang were both on the same FIRST LEGO League robotics team. Hsueh joined Hydromechs when the team first started, and Chang joined after he heard about the team from Hsueh. Yen, who was in the Lego Robotics club in middle school and is also currently on Team Sprocket, joined the Hydromechs last winter.

“[Hydromechs] encompasses more than just the competition. We do a bunch of outreaches [to] try and promote STEM education,” Hydromechs’ CEO Hsueh said.

Instead of building robots that operate on the ground, members of the team design underwater ROVs, which are remotely operated vehicles that operate in the water. Usually, members meet  every Saturday, but once competition season rolls around, they come together several times a week to prepare.

“I really enjoy the members and the learning process, like there’s so many things you can learn from Hydromechs that you can’t necessarily get from [other robotics teams],” Hydromechs’ COO Yen said.

Hydromechs participates in a competition called the Marine Advanced Technology Education ROV, where competing teams build robots that have to complete real-life tasks underwater such as turning a valve and fixing an oil leak. Each year, the competition presents a different game or task, and teams have to build waterproof robots to play the game or accomplish the activity.

“[We] have to build a robot and present it as a company, so [we] have to present our budget and everything else. Also, [the robot] has to conform to certain restrictions,” Hsueh said.

A highlight of Hydromech’s team history was qualifying for the 2017 MATE International ROV Competition in Long Beach, where they won the Ranger Class Sharkpedo award for the most innovative robot design. Hydromechs competed against 11 teams in the MATE ROV competition.

Additionally, the team  has taken a second place at the 2016 LongBeach MATE Regionals, second in the 2017 MATE California Regionals and qualified to compete in the 2017 MATE Internationals. This year, they are aiming to go to state.

“We want to try to go to state this time because we went to state last time, but we didn’t win because we had some programming difficulties last minute. So now we’re just trying to stabilize our design and work,” Hydromechs’ CFO Chang said.

Because the next competition Hydromechs will participate in will be next year, the team members are designing their robot, building it and waiting for the robot’s mission–the task set by the competition judges–to be released. The underwater robotics team is also currently working on fundraising and trying to qualify for  nonprofit status.

“We’re just trying to recruit people at this point because we want to expand the team a little bit more,” Hsueh said.