A few DBHS students will be the first in their families to attend college. 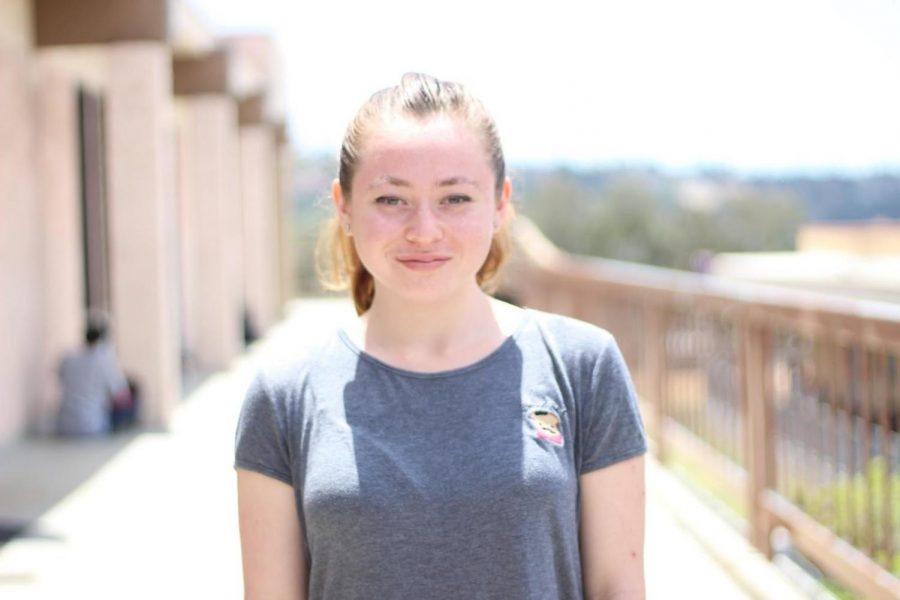 Seniors Krystal Diaz will be the first generation of their families to attend college, with neither parent having done so in the past.

Among this year’s graduating Brahmas are a handful of students who will be the first in their families to reach an unprecedented milestone. Seniors Krystal Diaz and Joseph Ortega will be moving on to attend college, something neither of their parents had done.

Growing up with a single parent, Diaz always harbored dreams of becoming a teacher. She will be attending Cal Poly Pomona in the fall to pursue her childhood aspiration.

“My goals are to do the best that I can in college and get a teaching credential and be able to teach elementary school,” Diaz said.

Diaz’s father immigrated to the United States from Central America in the midst of the Salvadoran Civil War.

“There were a lot of bombings really close to his house, so his parents were deciding to come to either the U.S. or Australia,” Diaz said. “The only reason they didn’t go to Australia is because my grandpa had his sister here in the States, so they decided to come here to come live with her.”

Having completed high school, her father began working a series of blue collar jobs before Diaz, whose mother ultimately left the household, was born. This ultimately influenced Diaz’s own perspective on education.

Meanwhile, Ortega will be studying biochemistry at Chapman University in Orange, California.

Both of his parents graduated from high school, but were occupied with other tasks and did not pursue higher education.

“My mom helped my grandparents a lot so she stayed home with them and then she ended up getting a job,” Ortega said. “My dad after high school had a couple jobs and then he had me with my mom.”

Having lived in California throughout their lives, Ortega’s parents decided to settle down in the Walnut Valley School District for his education.

According to Ortega, his parents have always been a driving force behind his determination to do well in his own studies. They aim to pass on a more prosperous future to their son.

“They always knew that I would be able to move on to a greater education but they never thought that good of an education, like the chance that i got to go to a school like that,” Ortega said. “They’ve always believed in me and I’ve been able to do it, but they’re probably the proudest that they could ever be.”

Ortega himself is also excited to discover what the future holds in store.

“My own motivations would be making my parents proud first and then taking advantage of the opportunity that they gave me and setting myself up for a better future,” Ortega said. “Being able to start a career and all that and make a lot of money is probably what motivates me a lot too, to be honest.”

After attaining his degree, he hopes to one day find a career in crime scene investigations or detective work.

Other seniors pioneering a path to college include Robin Zhou and Christian Killian. Senior Katherine Santos will also be a first-generation college student along with her older sister, who is currently in university.