Boys cool down at end of season

BASEBALL After starting with a 5-2 record, the Brahmas were unable to continue winning ways. 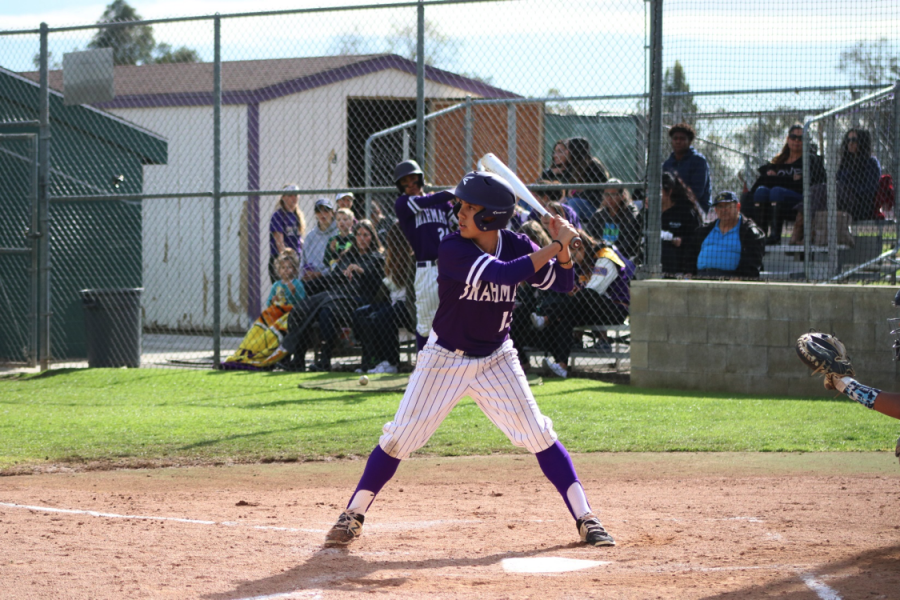 Junior Aaron Duran steps up to the home plate ready to bat.

The Brahmas got off to a strong start, with a 5-2 record in their first seven games. However, their momentum slowed, as the boys went on to lose or tie the rest of their league games, closing out their season with 4-3 and 7-0 losses against Claremont.

“We were definitely playing very hot at the beginning of the season and we cooled off a little bit. Some of the other teams in our league that are all very talented, got hot at the right times, and that’s what it came down to,” head coach Jon Hurst said.

Reflecting on the overall season, Hurst expresses his belief that the losses were an issue of momentum and less about athletic ability.

“I’m certainly happy with how we played, I would have liked for it to turn out a little better; I think that it was almost as though there was a domino effect at the end of the season and we couldn’t prevent it from taking place at a certain point,” Hurst said.

One major takeaway from this season is that the team needs to focus more on individual players and positions, as this will lead to better chemistry and teamwork.

Coach Hurst was especially pleased with the progress of many individual players near the end of the season and credits his coaching staff for much of the team’s success.

Sophomore shortstop Alonzo Fuller and senior second baseman Fabian Moran continued to contribute to the team’s offense, both batting above a .300 at the end of the season. Moran lead the team with 13 runs batted in, and Fuller scored 15 runs, tying senior Kyle Rojas for most runs during this season .

With six of the senior pitchers leaving, there will be a big gap to fill for next season. However, Hurst expressed confidence in the three returning pitchers, juniors Sean Martin, Augie Calvera and John Chao.

“The pitchers leaving have a big impact on our team, but my bond with the other pitchers is really good. This season was very successful and we surprised a lot of teams. I’m confident I will do well with John and Augie,” Martin said.