The senior has played in many elite tournaments while becoming a DBHS basketball leader. 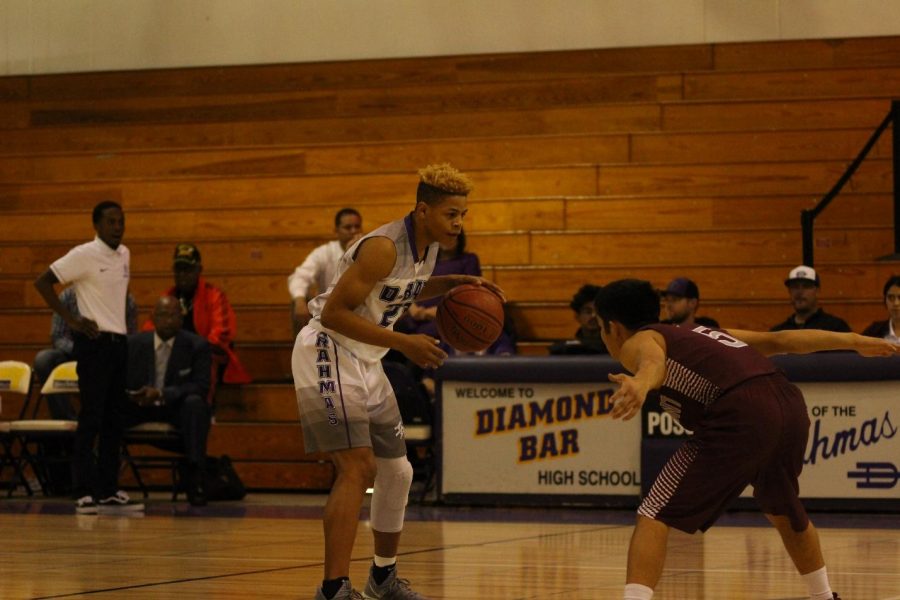 Corey shot 43% from the field and accumulated 383 points in his junior season.

Growing up in a basketball-orientated family, Diamond Bar High School senior Myles Corey was destined to be involved in the game at some point. It didn’t take long, and by age three, he and his older brother were introduced to the sport by their father.

What was once a recreational sport for Corey soon became a passion for competing and winning. Corey moved on from playing at the local gym with his brother and father and continued to better his skills at Prodigy Basketball Club, an organization that prepares student-athletes to play at a higher level.

“I developed the heart and the competitiveness growing up [because] of my older brother who I always wanted to beat and say that I’m better than. But ultimately, my brother has shaped me and taught me a lot on and off the court,” Corey said.

Then, in July, Corey and his club team went undefeated in their division at the Las Vegas Classic, a tournament known for high-level competition.

“The Vegas tournament was all about the experience with the guys I played against and the team I had. Playing with older veterans taught me a lot and the leadership that was on the team lead us to the tournament [title] that we hoped and dreamed for,” Corey said.

Corey has also found success with DBHS boys basketball team. He played a major role in helping the Brahmas become Palomares League champions in the 2017-2018 season and making CIF quarterfinals.

Averaging 12.8 points per game, he was named to the All-Palomares League first team at the end of his junior season.

“Making the first team was something I wanted ever since I was a freshman. I made the second team my sophomore year but I wasn’t satisfied with that so I stayed humble and finally got it,” Corey said. He’ll continue to lead the Brahmas in his senior year as the team’s point and shooting guard.

“Myles is definitely the leader of our team. While not overly outspoken, he never fails to lead by example with his play on the floor,” head coach Henry Frierson said. “He definitely raises the level of practice with his competitiveness, it doesn’t matter what drill or what stage of practice, he wants to win.”

Not only has the senior learned from his older brother, but also his parents.

“The role my parents have played in this long basketball journey so far has impacted me greatly, with the work ethic, the humbleness, and the pure heart I have for this game,” Corey said. “My dad introduced me to it and my mom carried out with this great dream to make it big.”

Throughout his basketball journey, the senior has found a role model in former NBA MVP Derrick Rose.

“I look up to Derrick Rose because we have similar play style and athleticism, but also how he still manages to make an impact on the [NBA] league today, despite all the injuries he had,” Corey said.

Although Corey hasn’t had any college offers for basketball yet, he said that colleges have shown interest in him.