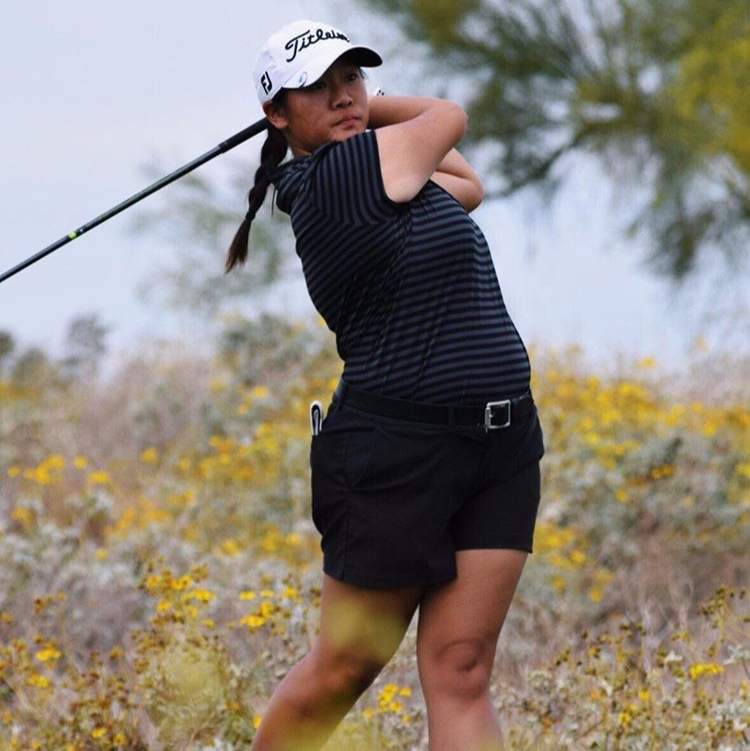 Vonsaga made her fourth appearance in the U.S. Women’s Amateur.

Ever since Diamond Bar High School senior Kailie Vongsaga has been  able to walk, she has been practicing golf with her dad.

The practice has paid off. Vongsaga, who  has been a member of the girl’s varsity golf team since her freshman year, is currently ranked 839 out of all the amateur female golfers around the world, according to the World Amateur Golf Ranking.

She has participated in many competitive golf tournaments, such as the AJGA Junior at Superstition, Arizona, in June, where she placed first.

This summer, from Aug. 6 to 12, Vongsaga played on the U.S. Women’s Amateur Championship in Tennessee where she  made it to the third round. “It was a really a great experience playing with top players all over the world.  I played just a whole bunch, but that summer was a good time for me,” Vongsaga said.

From playing for DBHS, Vongsaga said she has learned teamwork in a primarily individual sport, which has allowed her to get used to playing for a team when she goes to the University of Arizona. Vongsaga received golf scholarships from both UCLA and Stanford during her freshman year, but  chose to instead commit to Arizona.

“I fell in love with the University of Arizona. I think I chose Arizona because of the [undeniable] chemistry between the coaches and me. They were very supportive.” Vongsaga said.

Along her path to achieving her goal of becoming a professional golfer, she almost gave up all hope in playing. From September 2017 through this past February, she had an major injury of her left wrist, called  Triangular Fibrocartilage Complex and caused by hitting balls off a  golf mat everyday instead of off grass.

“All of the doctors didn’t know what it was, so I almost gave up hope. I finally found a doctor who could help me. And now I am fully healed,” Vongsaga said.

Her parents have supported her every step of the way, being there throughout her struggles and wins.  Last year, she placed fourteenth in the regional CIF and advanced to the state tournament.

As soon as Vongsaga gets home, she hurries to complete her school work so that she can prepare for her daily golf practices at Mountain Meadows in Pomona and Oak Creek in Irvine, as she believes it is the best golf course for her.

“As a student you have to both balance academics and golf.  It is definitely tough and I don’t know how I do it but I always try to stay on top of my academics first then when I am done with whatever homework I have I will go out and practice the time I have left in the day,” Vongsaga said.

Aside from becoming a professional golfer, Vongsaga said that she would love to work for the Golf Channel, become a women’s college golf coach or a golf-apparel designer for Nike or Under Armour.

“Vongsaga was MVP two years in a row.  Each time we would get to the playoffs she did really well in league. She was our best player in all of our CIF championships. She’s been outstanding and she is doing really good this year,” coach Tony McCabe said.