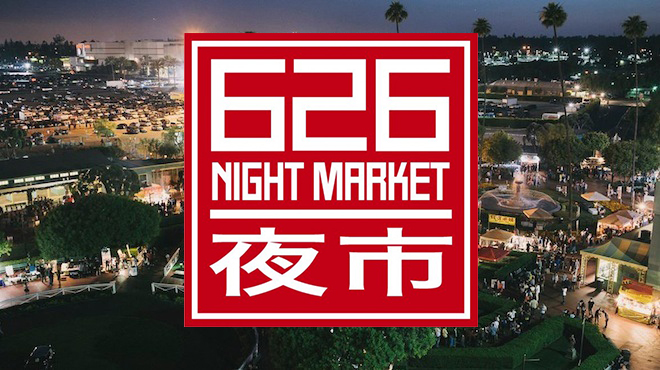 Making an appearance a few times every summer, the 626 Night Market, with its unconventional and unique food offerings, has become one of the season’s most widely attended events. The Taiwanese night market-inspired event is held at the Santa Anita racetrack and has increased in popularity ever since it started in 2012.

After seeing countless social media posts and videos of people attending 626, I decided to gather my friends and see if this year’s night market would live up to its hype.

Arriving at the night market an hour after it opened at 5 p.m., there was no problem  parking. Immediately, I could already smell the plethora of food stands and food trucks and hear the music playing. However, I was surprised by the $5 admission fee, which foreshadowed the priceyness of the items at the venue.

This was confirmed when I was greeted by a multitude of sellers and their booths with art at $20, plushies at $10 and balloons for $5. After concluding that my wallet would be a lot lighter by the end of the night, I headed toward the food stands.

To start off, I bought Ding Tea’s signature milk tea for $5. There was a short wait time since the night market had just opened. The small size of the milk tea cup surprised me, since the advertised picture was larger. Additionally, the quality of the milk tea didn’t justify its high price. The drink wasn’t sweet enough, and an excessive amount of ice in the tea diluted the flavor even more. The boba also tasted similar to boba bought from the local Lollicup or Quickly.

After walking around the different food stands for some time, Krabby Krab House caught the attention of our group. The $7 crab and fries combination looked really tempting, so we decided to order it. This particular stand was pretty popular, so the wait time was around 10 minutes. Regardless of its popularity, the seafood fries were decent, but not worth $7. The texture of crab sprinkled onto the fries made the dish enjoyable to eat, but the flavor was bland because of inadequate seasoning. If  sauce was included with the fries, or even some spice, the dish would be perfect.

To pass some time while digesting our food, we tried our hand at some arcade games. After spending $5, we realized that most of the games were scams. The hoop for the basketball game was smaller than the regulation size and landing a ring onto a coke bottle was nearly impossible.

To spend our money on something more worthy, we checked out the Stussy sale. Jackets and sweaters were priced around $30 and shirts costed $10. Organization wasn’t a priority, and the only way of finding something you wanted was to riffle through boxes. Since no one wanted to do this, we left in a hurry to eat more before we left.

With little money left, I decided to try another boba place, Boba Bear, and ordered the $7 iced green tea. The wait time was only a couple of minutes since they had the tea and boba already made. Although the drink— which came in an appealing glass container—was not freshly prepared, the green tea was authentic and the bitterness was prevalent. The sweet chewy boba also provided a perfect contrast with the tea. This drink was definitely worth the price, and it was a good way to end the night.

All in all, the night market did not live up to my high expectations, but going with good company was enough to make this event enjoyable. The effort made by the organizers to recreate an authentic night market was admirable, but improvements toward entertainment and pricing should be made. If the cost of attending the night market isn’t an issue, anyone who hasn’t gone to one should try out this unique event with their friends to make the experience memorable.