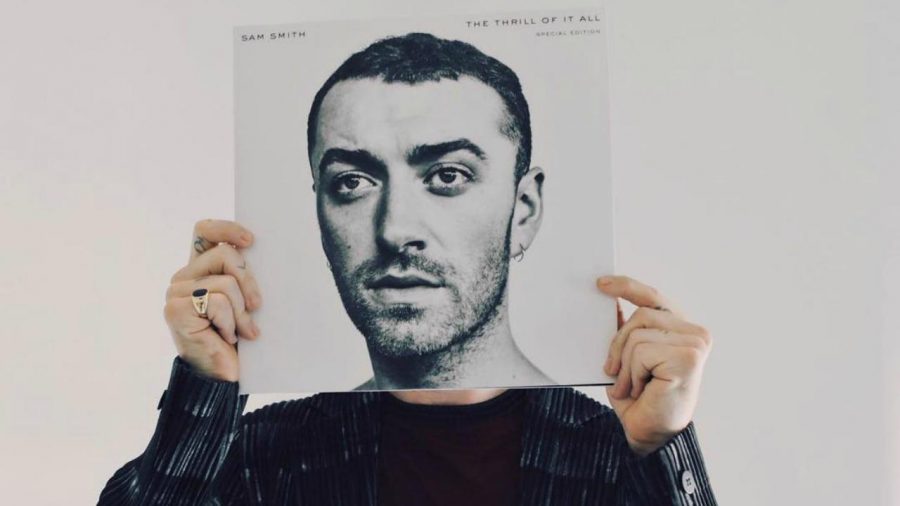 While Sam Smith might have lost weight since his last album, he hasn’t lost his ability to enchant his audience. Released this last Thursday, “The Thrill of It All” has already reached No. 1 on the iTunes sales chart, and it’s easy to see why.

When Sam Smith released “In the Lonely Hour” in 2014, I fell in love. His lyrics and impressive range had me counting down to his next album. “The Thrill of It All” does not disappoint: from gospel tunes to beautiful tear jerkers, almost every song had me in awe.

The album starts with two slower songs: the hit single “Too Good at Goodbyes” and “Say it First,” a song urging his partner to confess his love. Smith sings with raw emotion and a steady heartbeat-like drum accompanying lyrics. Like his 2014 hit, “I’m Not the Only One,” the song utilizes layered instruments and Smith’s vast vocal range to create a favorite on the album.

Despite being a vocal member of the LGBT community, Smith does not back away from the topic of religion. The entire album is supported with a belting gospel choir and blues-style harmonies, with Smith singing “I’ve never believed in you, no–but I’m going to pray”  in his single “Pray.” The Biblical allusions continue in “HIM,” starting the song with the lyric, “Holy Father, we need to talk.”  The song is the most powerful in the whole album, with Smith begging, “Don’t you try and tell me God doesn’t care for us.”

The gospel-style music give his usually heavy songs a kick, “Nothing Left For You” starting out relatively flat, but quickly escalating with the help of background harmonies. The song is exciting to listen to, and reminiscent of one a Disney villain would sing. With its dramatic lyrics and slow build up, I couldn’t help but dance along.

Staying in line with his ability to produce gut-wrenchingly sad music, “Burning,” “Scars,” “One Day at a Time,” “The Thrill of it All” and “Palace” all utilize string instruments and delicate piano that, paired with Smith’s never wavering powerhouse of a voice, emphasize lyrics about heartbreak.

Taking a break from his typical emotional piano ballads, Smith belts out upbeat tunes in “One Last Song” and “Baby, You Make Me Crazy.” While different from anything Smith has done before, these bright songs give the album more variety, complete with, once again, a gospel choir and uptempo  piano chords. Walking away from the gospel style, “No Peace” ft. YEBBA added a pop tempo and catchy chorus to the album.

While almost every song on the album impressed me, “Midnight Train” stood out by far. The song’s heartfelt melody and steady rhythm kept me engaged, and Smith’s heartfelt lyrics about walking away from a meaningful relationship had me in tears upon my first listen.

Although I loved the album, I was left a little disappointed that Smith did not deviate from slower paced songs more. His upbeat songs were catchy and left me wanting more. Despite this, I was ecstatic listening to Smith’s poignant lyrics and masterful piano melodies.