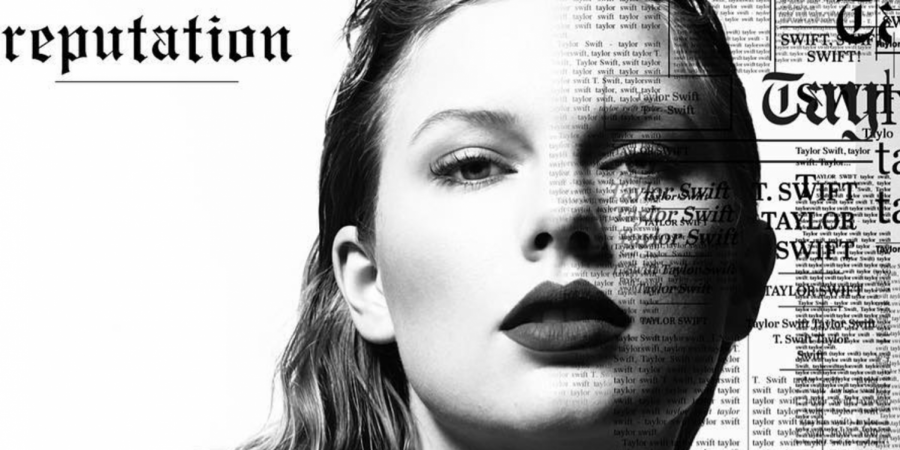 In August, when Taylor Swift released “Look What You Made Me Do,” it shocked people across the globe by revealing  a dark side of Swift that had never been heard before. In the song, Swift declares that her old self is dead.

Yet her latest album, “Reputation,” might have fans wishing for the old Taylor to come back to life, as many of her previous songs are stronger than those in this album. However, “Reputation” is ultimately successful in its ability to portray Swift from multiple angles and show the depth and complexity of her character.

Swift, a former country star known for her good girl image, made the transition to pop music in her previous album, “1989,” but the loss of her innocent persona is increasingly evident in “Reputation.” Darker than anything that Swift has ever created, “Reputation” is full of references to incidents in Swift’s personal life, such as her feud with Kanye West and breakups with her multiple high-profile ex-boyfriends.

The lyrics of the songs in “Reputation” are overall edgier than in past albums, as Swift sings about getting drunk in more than one song and even drops her first swear word in a song, in “I Did Something Bad.” Songs such as “Dress” also show a more suggestive, sexual side of Swift, through lines such as, “only bought this dress so you could take it off,” a shocking but refreshing contrast to the country sweetheart of the past. Through her lyrics, Swift shows that she no longer cares about upholding a good reputation or pleasing other people, a much needed statement in an era where many celebrities are scrutinized for their every action.

Although it is the first track of the album, “…Ready for It?” is one of her weaker songs, lacking cohesion and proving that rapping is not Swift’s strong suit. “Look What You Made Me Do” is also a low point in the album. In the song, Swift tries a little too hard to be edgy while shedding her image and taking a jab at much of the criticism she has received during her career.

Several of the other songs in “Reputation,” namely “Don’t Blame Me,” “So It Goes…” and “Dancing With our Hands Tied” are forgettable and sound very similar after a while with their heavy electropop instrumentation and mediocre lyrics.

That’s not to say that the album does  not have its share of good songs. Some make a better use of the electronic sound, such as “This is Why We Can’t Have Nice Things,” an upbeat song that combines piano with a stronger baseline.

The less aggressive songs of the album tend to be significantly more memorable. Through her use of breathier, softer vocals, Swift puts herself in a more vulnerable light in “Delicate,” as she comes to the conclusion that since her “reputation’s never been worse,” her significant other must like her for who she is.

“Gorgeous” is one of the best songs on the album, incorporating a catchy beat with extremely relatable lyrics. In the song, Swift expresses her inability to talk to a guy because he’s too gorgeous, through lines such as “you should take it as a compliment that I’m talking to everyone here but you.”

The final song of the album, “New Year’s Day,” is also a standout. Its soft piano accompaniment and more relaxed tempo are a nice break from the harsher electronic tones of the rest of the album, and lyrics such as “hold on to the memories, they will hold on to you” create a feeling of nostalgia and warmth.

Swift has clearly evolved as an artist since the days of “Love Story” and “You Belong With Me”;  not that the new version is better or worse. Her current style cannot be compared to her previous sound because the two are completely different, and determining which one is better is very subjective. However, it’s safe to say the best moments of “Reputation” are the softer, more intimate ones that echo the voice of the Taylor Swift of the past.