BADMINTON Returning to the San Joaquin League, the Brahmas are ready to claim a sixth title. 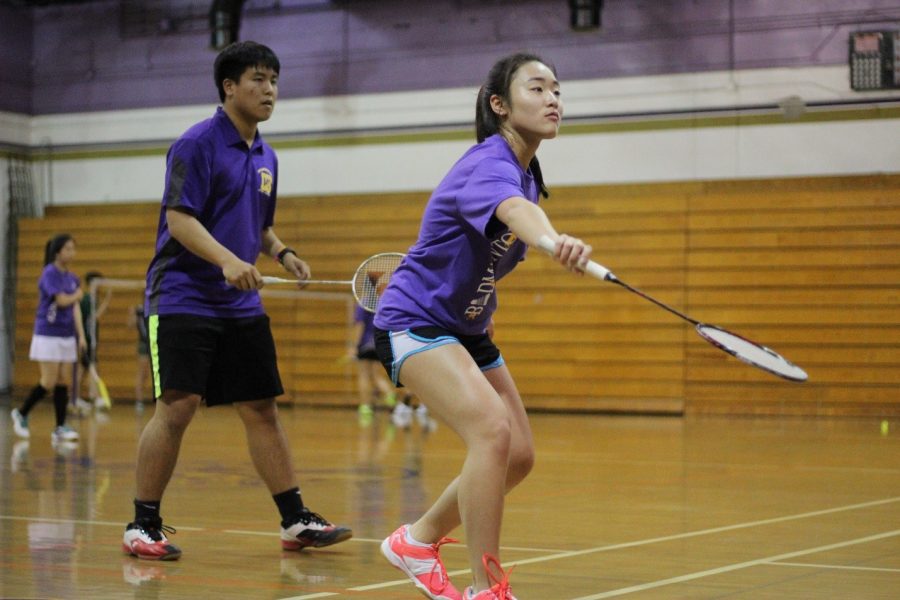 For most sports, winning one CIF title is a major accomplishment, but that would not satisfy Diamond Bar High School badminton team. As one of the most consistently successful sports teams on campus, the badminton team looks to earn its sixth consecutive CIF title.

“[It] definitely feels exciting going for a sixth consecutive CIF title because we would be tying for the most consecutive wins in CIF history,” senior captain Justin Lam said via Facebook. “It definitely adds a little more pressure on the team having to do as well or even better than past teams, but I believe if we stick what we are doing, we can bring the team another championship.”

Returning to the San Joaquin league, the team has 24 players, enough to fill two lineups of the minimum requirement of 12 players.

The team lost seven seniors from last season, but only one of them was a consistent starter. Head coach Kemp Wells said that most of the key players returned from last season, so the team is still at full strength.

Among the  key players cited by the coach were seniors Lam and Vincent Chu, juniors Jasmine Huang, Ambrose So and Gwyneth Wang, and sophomores Daniel Huang, Mirabelle Huang and Angela Zhang.