BADMINTON The Brahmas dominated the 2017 CIF Playoffs, winning the finals 18-3. 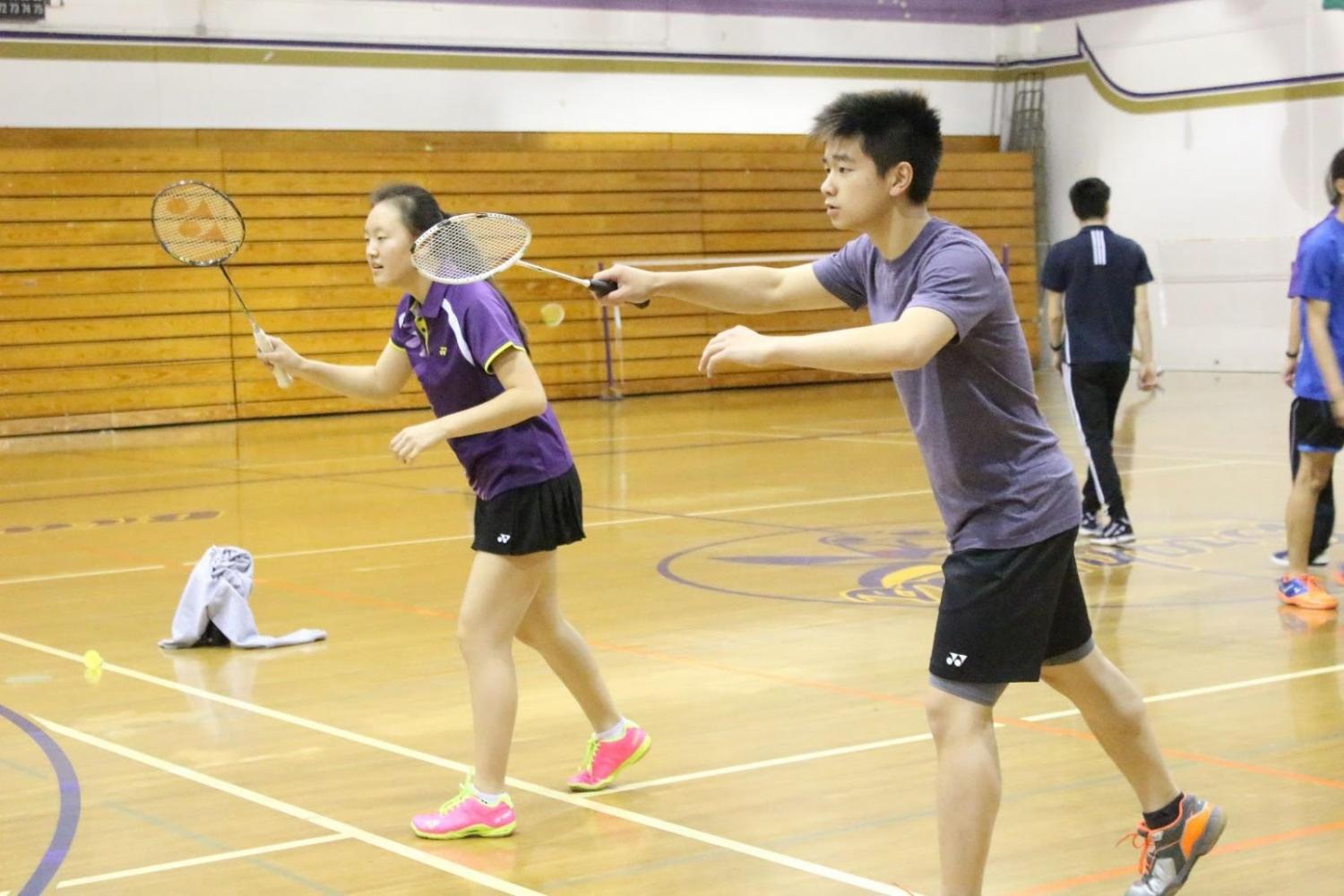 Sophomore Angela Zhang (left) and junior Ambrose So (right) pair up against Gahr. The team won the match 18-3.

Tied with the Villa Park High School team for the longest championship streak, the Diamond Bar High School badminton team earned its sixth CIF championship after beating Cerritos by more than 10 points in the final round.

Since badminton is an individual sports, head coach Kemp Wells knew that the team would be taking home the win after the eleventh point was earned since the Brahmas would have the majority of the points. However, the Brahmas pushed themselves to take as many points as possible, winning 18-3.

“Some of our players really do push themselves to win every single match. That’s the type of attitude that makes it such a wide margin all the time. Every player wants to win every match and they try whatever they can to do it,” Wells said.

The rest of the playoffs ended in similar fashion. The Brahmas took the first round against Lakewood 20-1 and the second against Gahr 18-3. In the semifinals, the Brahmas met their toughest opponents in the semifinals against Mira Costa, but the team came out on top 13-8.

Of the team’s sixteen different starting lineups, not once has the team lost going undefeated in league for a third year in a row. The team holds an impressive overall record of 245 games won compared to the 31 it lost.

With 10 out of 12 starters returning next year, Wells states that next year the team will have to “reload” the players rather than replace any of them due to the high level of skill that will be coming in.

According to Wells, senior co-captain Justin Lam and sophomore Daniel Huang stood out as two of the team’s best. The two played in men’s doubles and went 10-0 this season. On the men’s side, junior Joshua Lee went 17-5.

On the women’s side, he mentioned sophomore Mirabelle Huang and junior co-captain Jasmine Huang as two of the strongest as both went undefeated in singles and as a pair for women’s doubles. For women’s singles, junior Amy Shao took the most wins, going 13-1. The top women’s doubles pair was senior Sabrina Chen and junior Crystal Wai going 12-2 this season.

Despite the team losing a few seniors, Wells said he is sure  the team will keep working hard as the team seeks  its seventh straight title next school year . With several strong players moving up, he does not see a drop in the strength of the team.

“There’s always a new goal. Obviously the first time we did it [compete in CIF Championships] it was to be the first Diamond Bar team to ever win it,” Wells said. “Next year the goal will be to be the undisputed longest streak. Plus, we’ll tie the longest streak of consecutive championship appearances since next year will be our ninth in a row.”