Volleyball and basketball are among the teams affected by the renovations. 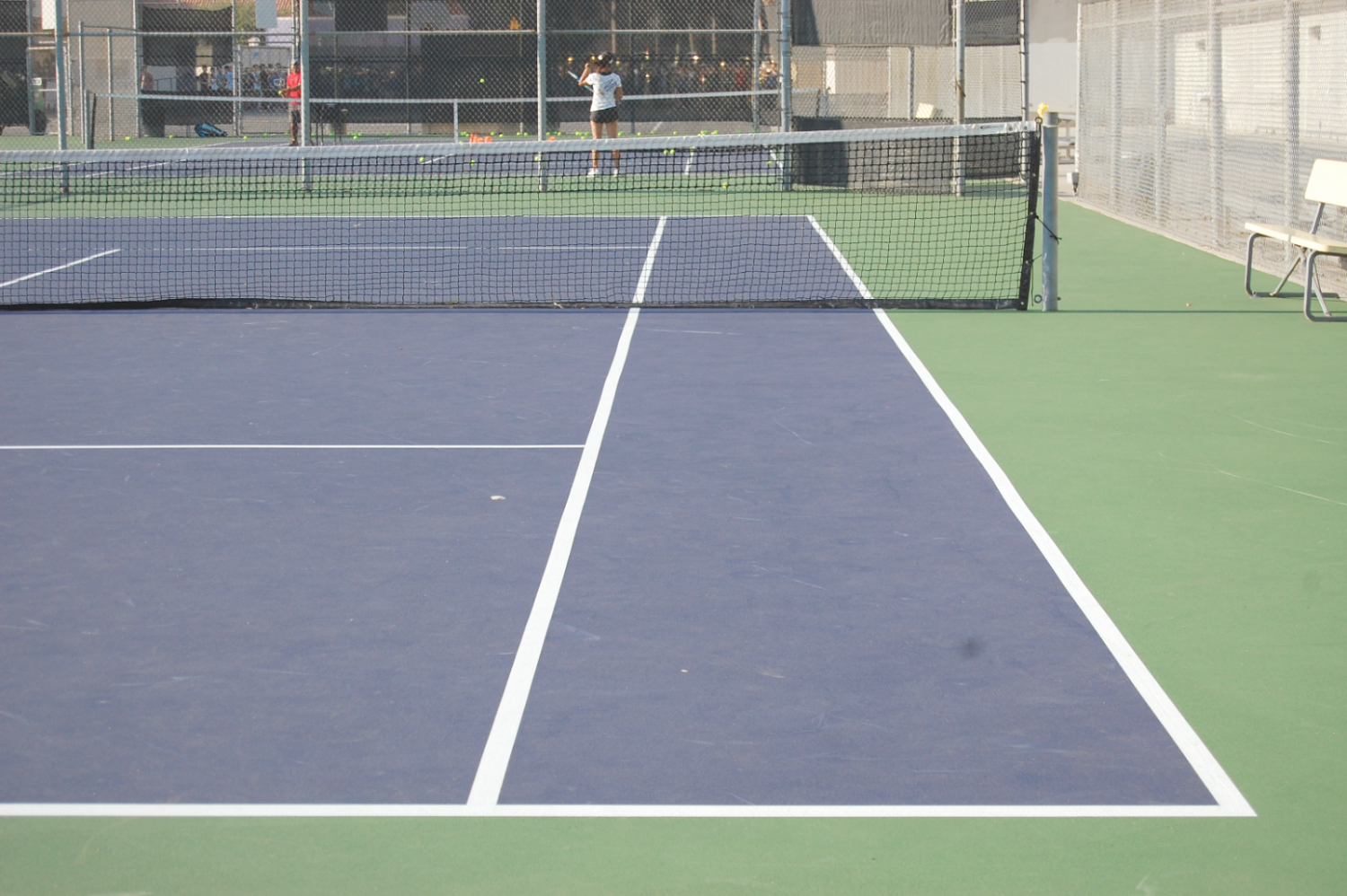 Tennis was not affected by the court renovations finished in the summer.

Diamond Bar High School athletics will be able to enjoy a completely renovated gym, weight room and tennis courts by the end of this year. But  some sports have been forced to make adjustments during refurbishment.

Fall and winter sports, such as volleyball and basketball, are most impacted by the construction as they require the gym for practices and games.

Football training, however, has not been substantially hindered by the renovation of the weight room, as it was finished by the beginning of August.

The floors of the tennis courts were completely resurfaced and repainted, but the courts were also finished before the year started, which has not affected the players’ training.

Construction in the gym began in July, and is projected to continue until mid-September, barring any setbacks.

“It depends on the timeline of construction. We don’t have a definitive date, because things pop up all the time with construction and extra things tend to happen,” DBHS Athletic Director Albert Lim said.

The volleyball team has been practicing at Chaparral Middle School since July, but  the team expects to be back in the DBHS gym this month.  Team members  do, however, still condition and lift weights at the high school. Head coach Katie Swetnam said she hopes that the team can play their first home game in the gym, coinciding with the deadline by which construction should be completed. That match is scheduled for Sept. 20.

“As long as everything goes according to plan, we’ll have our first home game ready to go,”  Swetnam said.

Like the volleyball team, both the girls’ and boys’ basketball teams have been utilizing other facilities’ courts, practicing  at South Pointe during the renovation. But according to senior varsity basketball player Jessica Barrera, the change in location does not seem to have negatively impacted their performance.

“It’s [South Point] a big difference. It’s a bit smaller than we are used to. The floor isn’t as slippery in my  opinion,” Barrera said. “It’s going to be a bit of a tough transition when we [return to our home gym] because we haven’t practiced on our court in a long time. But I think I can speak for the team when I say we are really excited for the remodeled gym.”

League play does not start  until winter, so home games should not be an issue. For now, the teams utilize the middle school gym during the evening Monday through  Thursday.

As for the gym itself, new scoreboards have already replaced the old ones. Currently, new wooden floors are being installed, and new writing, as well as a Brahma bull graphic in the center of the  reconstructed floor.