No time for setbacks

VOLLEYBALL Practicing off-campus since July, the girls are off to a 2-1 start in the preseason. 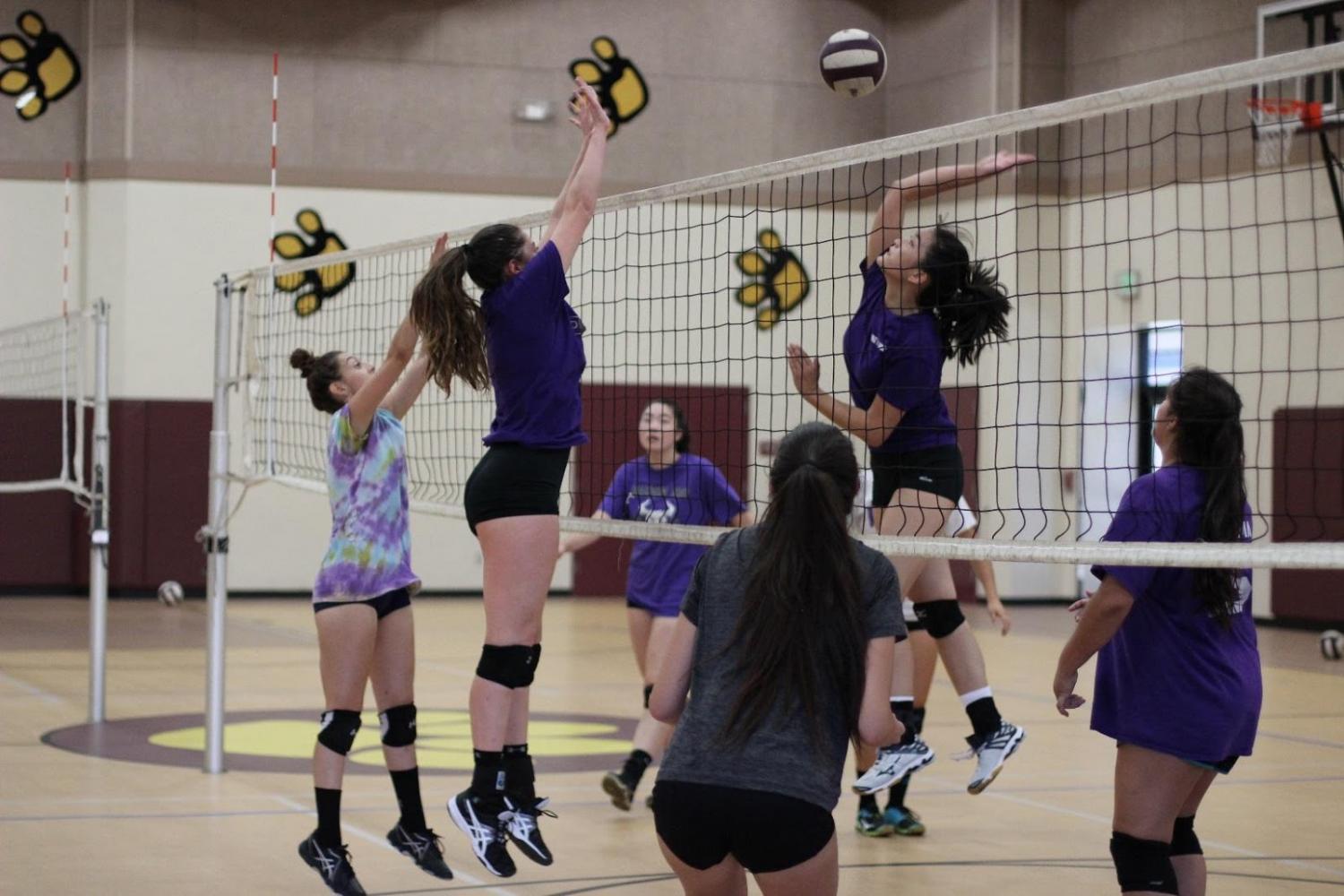 The Lady Brahmas have been practicing at Chaparral Middle School since July.

For most indoor sports, the loss of the gym would be perceived as a major setback. But  the Diamond Bar High School volleyball team has continued to work hard and plans to start the season off on a high note. Instead of focusing on setbacks, head coach Katie Swetnam and the girls are focused  on maintaining a hardworking and supportive team.

Currently, the team is practicing at Chaparral Middle School, but the Lady Brahmas still weightlift and condition at DBHS. Swetnam hopes that the gym renovation will be done by the time league starts in September, as to not further impact their scheduled practices and games.

As this is Swetnam’s second year as head coach, she also hopes to build off of the work ethic and attitudes that the team developed last year.

“Last season, we did a really good job in establishing our new culture,” she said. “We’re all devoted to putting the time in after school, whether it’s in volleyball practice or in strength and conditioning, just to make sure that we are the best that we can be.”

While the team lost about half of last season’s starting lineup, both new and returning players are working hard to keep the team at a high level. In particular, Swetnam said she is looking to senior captains Ana Figueroa and Hannah Wangsa and junior captain Emily Chiang to lead the team. She also pointed to  junior setter Lauren Chang as a key player, as this is her third year on varsity.

“I’m looking forward to playing with the team because we have really good team chemistry, so it will be really fun to work with a bunch of new girls,” Chang said. “My personal goal is to become more of a leader on the court…and to help keep my teammates up when they’re down.”

Over the break, the girls had a successful summer season, placing second out of 18 teams in their league at Whittier High School. Swetnam cited defense as one of the team’s strengths, but said that the team still lacks in terms of offense.

“I think that we’re going to be one of the best teams in the league defensively,” she said. “[But,]we still need to work on mixing up our offense. We’re not the tallest team, so we need to be the smartest team.”

Overall, Swetnam’s goal is to develop a team with strong cooperation skills, both on and off the court.

“I just want to establish a group of girls that are all on the same page and working toward our same goal, which is to play together and be able to communicate effectively,” she said.

They have also played Monrovia High School and Charter Oak High School. Although the girls lost to Monrovia on Aug. 24, the Lady Brahmas beat Charter Oak in four sets on Sept. 8.

Volleyball has their first home and league match against the Glendora Lady Tartans on Sept. 19.