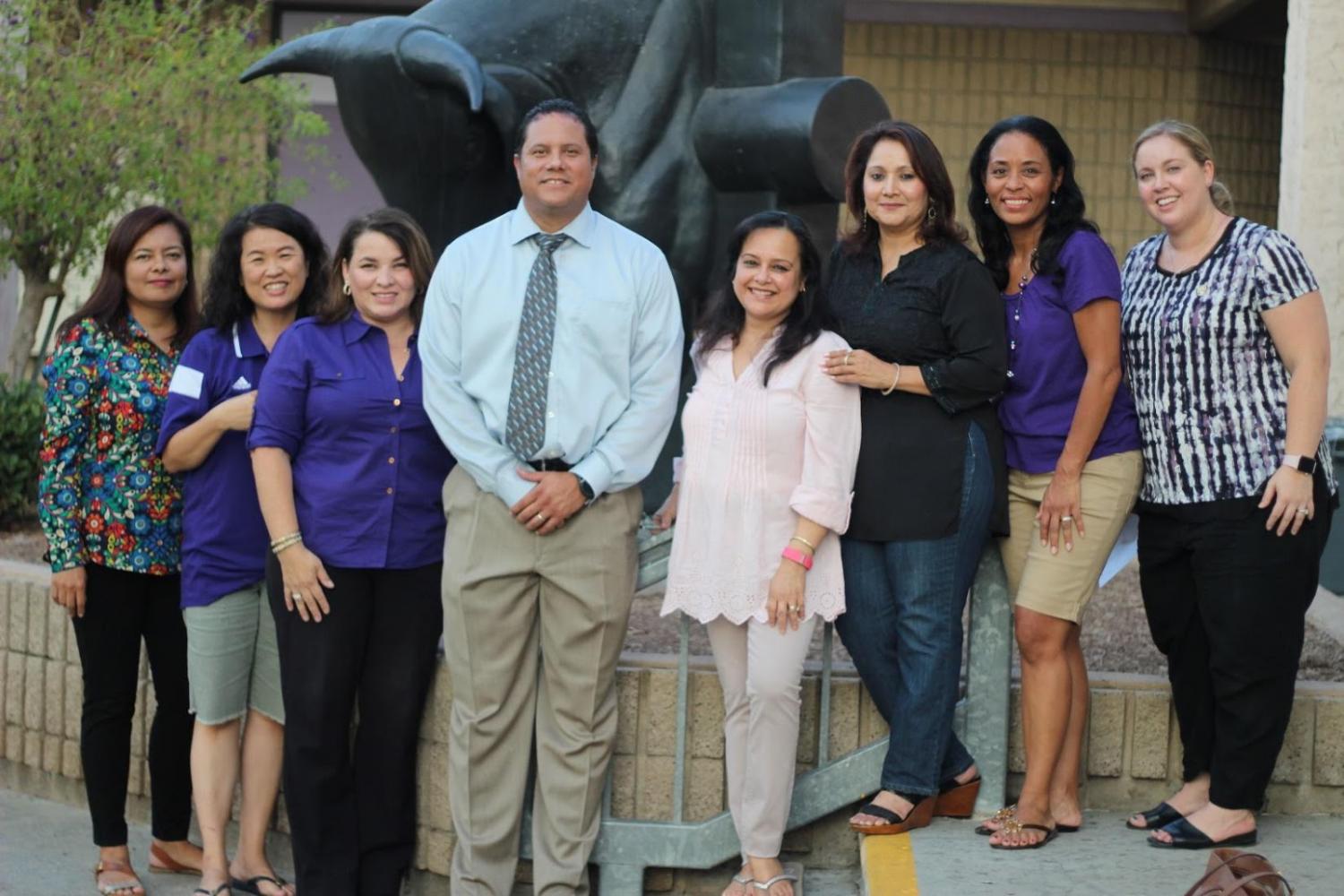 A group of parents, representing the Magnificent Seven, poses at Back to School Night, with principal Rueben Jones.

Not all heroes wear capes.The Magnificent 7, parent-volunteer groups that contribute to various Diamond Bar High School campus activities, are comprised of many parents who fundraise to collect thousands of dollars to the school and its programs.

Many of the groups have been long term supporters of the school, the African American council for example, celebrated their 25th anniversary last year.

Deviating from the various ethnic groups in the Magnificent 7, Brahma Foundation supports the performing arts programs by funding drama productions, buying instruments for the band and acquiring other purchases for various art programs at DBHS. Holding weekly bingos every Saturday in the gym, the Brahma Boosters use the money raised to support the school’s football team, AP classes and various standardized testing.

“We need an expression to display our unity at the school through our diversity as people come for an education from so many cultures. No student should feel strange.” Sharma said.

Funds raised by the Magnificent 7 go toward supporting school activities, upgrades in technology and resources for classrooms. The group sponsors events including Rodeo Roundup, Teddy Bear Tea and staff luncheons.

“One of my favorite volunteer experiences is serving at the Staff Appreciation Lunch to personally thank our dedicated and hardworking teachers and staff at DBHS.” Houston.

Along with the Principal Reuben Jones, the Magnificent 7 decide what the best use of the money they raise should be used for; the Southern Asian group, for example, donated the overhead projector and sound system in the Golden Horseshoe.

The group also donated laptops to the English department and supported the Robotics team through their competition season. Similarly, the African American council sponsors an annual career fair with university professionals. They also hold seminars open to all students.

“We live in a diverse population. The seven families provide every parent and student a voice and support for their unique needs,” Sharma said.

Of that total, $1,100 was donated to student activities such as band and the dance team, while $6,000 was given to the principal to support DBHS’s STEM program.