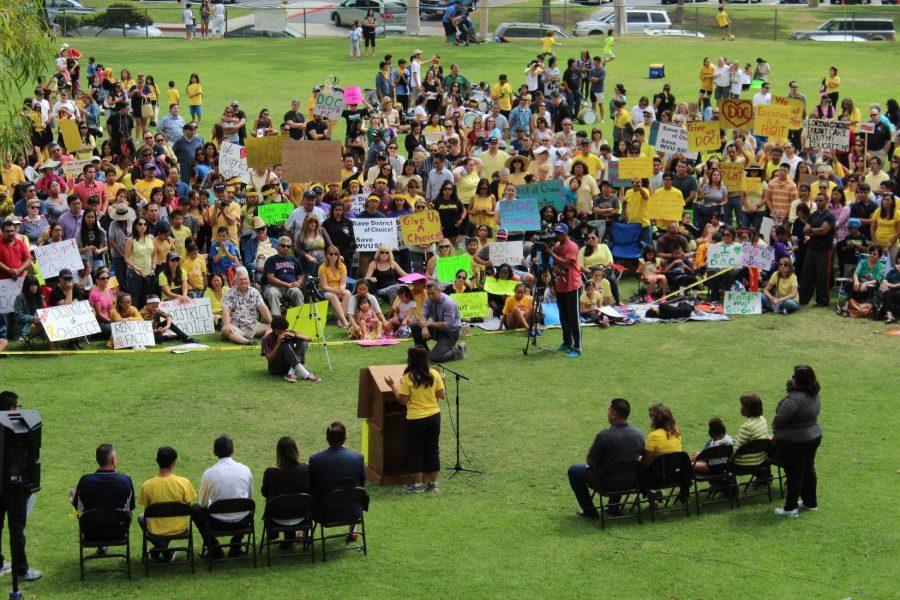 The almost year-long  struggle for the survival of California’s District of Choice program has finally amounted to success. The continuous efforts of state representatives, parents and students who pushed for DOC’s extension throughout the past school year contributed to the program’s recent five-year extension, effective until July 1, 2023.

The extension was approved and put into a State Budget Bill by the legislative Conference Committee in early June. It was then unanimously approved by the Senate and the Assembly on June 15 and was signed into law by Gov. Jerry Brown with the rest of the year’s budget.

“There is some new language in there on selecting students, and we will examine that further once the bill is signed,” Walnut Valley Unified School District Superintendent of Educational Services Jeff Jordan said.

According to the Trailer Bill Language, which lists the provisions to the newly extended DOC program, districts under the program must determine the number of out-of-district applicants they are willing to accept and select the transfers without bias.

For districts under the DOC program that choose to undergo an admissions lottery, siblings of current enrollees are given first priority, followed by students who are participants of the federal Free and Reduced Price Meal Program and then children of military personnel.

A school district of residence may prohibit a student’s transfer if it deems such an action would negatively affect a desegregation plan or demographical balance of its district.

However, a district of residence is not permitted to prohibit the transfer of students who are children of active military personnel or were accepted into their district of choice before the home district decided to restrict the transfer. Additionally, a district may not adopt any policies to discourage students from transferring out.

Accepted transfers of a district of choice are applicable for one school year and are automatically renewed each year. If the district determines it will no longer accept transfers, any current transfer students may stay enrolled until graduation.

Additionally, if requested by a parent or guardian, a district may provide a transfer student with transportation to their school.

This bill will become inoperative on July 1, 2023, and will then be repealed unless it is extended again by an enactment effective before 2024.