The genre that took the music industry by storm. 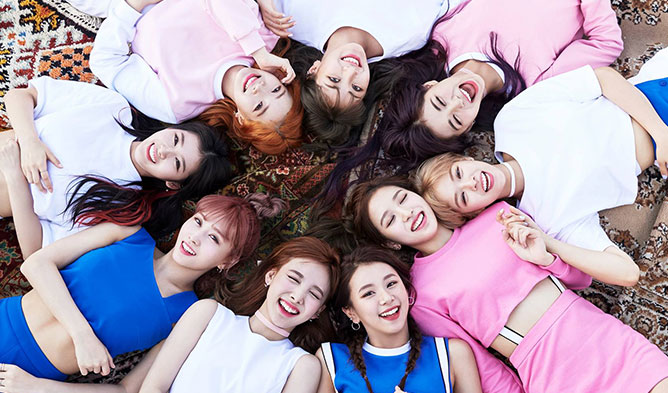 The birth of an idol

For many Americans, the mention of “K-pop” likely brings up a vague memory of PSY’s global hit “Gangnam Style” and the dance craze that came with it almost five years ago. However, it would be a mistake to generalize about the genre based solely on this song, as PSY is a minority in an industry currently ruled by girl and boy groups composed of teens and young adults who are carefully selected and trained to become the pride of their companies.

The dream of becoming a K-pop star, known as an idol, seems rather attainable for some, especially with stories of idols being discovered  on the streets of large cities. However, the audition process conducted by the major South Korean entertainment companies, such as SM Entertainment or JYP Entertainment, is intense. During the auditions, participants demonstrate their singing and dancing ability, as well as present a likeable disposition throughout the entire audition. 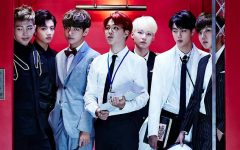 While most groups are composed of Koreans, many groups have begun to include idols from China. Many companies claim to not care about the performers’ race, so long as they have talent, though the industry still remains dominated by Koreans.

After the audition process, those who have been chosen by the company become trainees. Many begin training as early as the age of 12, leading to careers starting when they are at high school age.  While the training period depends on the person, as some only need a few months while others have had to train for over seven years, the average training length is four years. This period is especially straining for the idol-hopefuls, many of whom are still only teenagers. 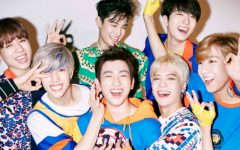 FROM THE EYES OF A K-POP FAN

An article published by Uk Jung, a K-pop journalist, revealed the straining schedules for  idols. Trainees have to attend school during the day and return home only to leave again for practice with the other trainees, often until around 1 a.m.

While the training program is systematically designed to refine the trainee’s talents and prepare them for their debut, its intensity can be detrimental to their emotional health. In 2015, a well-known trainee of DSP Media, Ahn So Jin, committed suicide after being cut from a girl group after five years of training. Her death sparked a conversation over the harsh treatment of trainees. When Ilgan Sports, a Korean newspaper, asked an insider to the entertainment industry about the situation, he stated that “an institutional mechanism is needed to stop the vicious cycle.”

In the K-pop community, entertainment companies are infamous for their strict control over their idol’s lives. Often times, companies do not allow their groups to date. Girl group Black Pink, under YG Entertainment, revealed in an interview that they believed their dating ban would stand for as long as they were part of the company. Astro, a boy group under Fantagio, shared in an interview with OSEN, an online magazine, that at the time, they weren’t able to contact their families or see the fan reaction to their music because they were not allowed to have cell phones throughout their training period.

Even with the knowledge that they may not debut after months of training, many choose to push through the process and, as a result, improve their singing or rapping and dancing skills.

In an interview with Seoul Sports, rapper of the popular boy group BTS, J-Hope, remembers his tough life during training.

“My friends and family asked when in the world I was going to debut. Whenever they did, I grew scared. I really wondered if BTS was really training to never exist. But there was nowhere I could get a confirmation from, so it was frustrating.”

When putting together a group, entertainment companies look for rappers and singers, both of whom must learn to perform dance routines. Groups vary in size from 5 to 13 people, but are always separated by gender. Of course, there are also solo artists like PSY, and, more currently, G-Dragon and IU, though groups far outnumber them.

When select trainees have been chosen and formed into a group, they begin to train together until the company feels they are ready for their debut. However, the endless nights of practice do not end there, as the idols have to remain polished for their many live performances.

Survival programs, like “Produce 101” and “Mix & Match,” have also become a popular way for companies to form groups. During these shows, trainees compete directly against each other for a spot in a new group.

While watching a Kpop group’s live performance or high production music videos, it can be easy to become lost in the catchy melody and perfectly synchronized dancing. The talent of the idols is unquestionable to their fans, though the road to perfection, or as close as the company could make them come to it, is not easily traveled.

The road to K-POP stardom not easy

In K-POP culture, one of the most imporant aspects of their success is their look. Looking like a K-POP star is a lot easier than you think. All you need are some basic pieces from brands such as Pancoat or BANC paired with your own personal style. Whether you’re edgy, preppy or something in between, there is an idol out there that can give you major style inspiration.