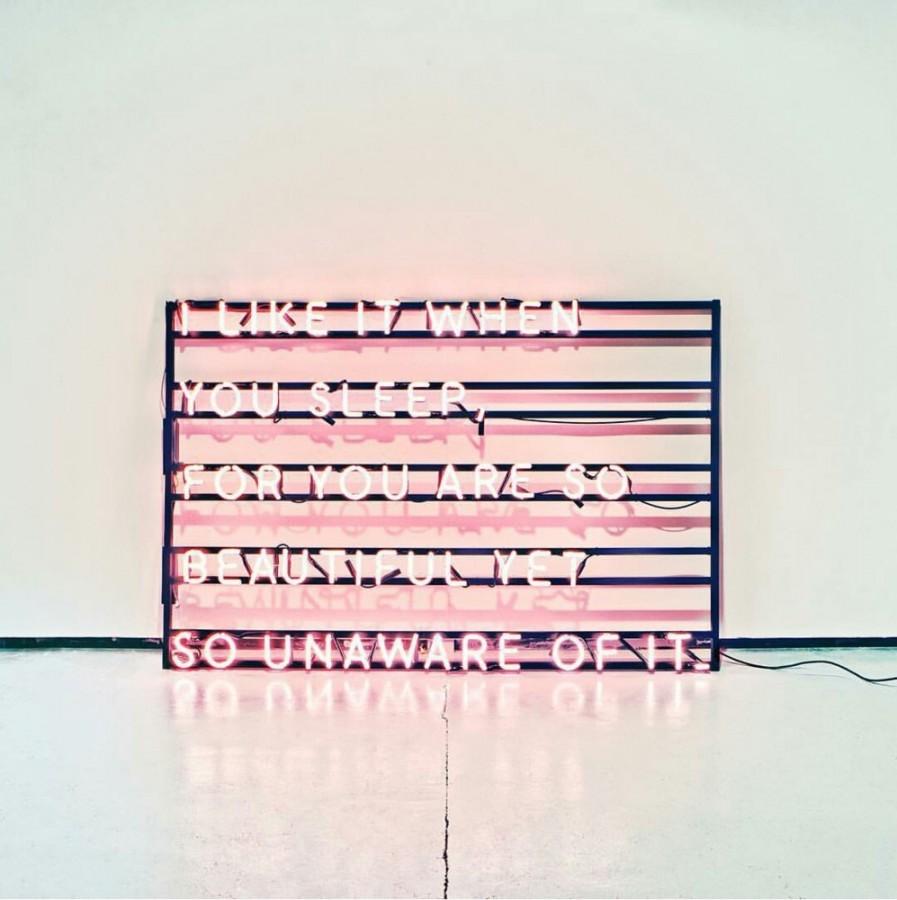 On May 31, 2015, The 1975 broke the hearts of nearly a million fans by deleting all their social media accounts, and later posting one ambiguous vintage comic strip with no explanation that seemed to imply that the band was splitting up. Fortunately, this chaos lasted only a few days, before vocalist Matty Healy posted a letter announcing a new start to the British band that would become simultaneously “a more colorful world” and “a less colorful world.” The band broke from their signature black and white theme, and debuted the new unexpectedly all-pink one with their sophomore album “I like it when you sleep, for you are so beautiful yet so unaware of it.”

The strikingly titled album reaches far beyond their usual blend of 80s funk and modern electronically based sound, somehow managing to keep their incomparable eccentric sound. Every track sounds entirely different from the others, and while it may be offsetting, it works surprisingly well. Because it lacks a consistent genre, the album is cleverly sequenced to ease into the songs that stray away from their usual style. Healy’s wide vocal range allows flexibility for the band; his voice adheres to any style or genre, which is especially shown off in the latest album.

Many of the songs that sit with The 1975’s signature sharp, dark, and electrical vintage sound were released as singles prior to the album’s release, such as “Love Me,” “The Sound,” and “UGH!” It’s no secret that the band is heavily influenced by nostalgic tunes; this is apparent in “Love Me,” which bares a similarity to the late David Bowie’s work.

For the first time, the band branches out to expose a more tender, serious side with the last two tracks, “Nana” and “She Lays Down.” These songs are complete inverses of their previous work, sounding much more like Ed Sheeran than the classic swampy and dark The 1975. Healy puts more of his heart into the two acoustic-style songs, “Nana,” being a tribute to his late grandmother, and “She Lays Down,” a song featuring Healy’s raw voice and guitar on his experience with his mother’s postpartum depression.

Healy once again proves himself to be a lyrical genius. Though he’s always had special knack for writing in the band’s previous work, “I like it when you sleep, for you are so beautiful yet so unaware of it” is the winner by far. Every song is decorated heavily with topics of drugs, fame, identity, and love. His lyrics defy standard radio music, he writes audaciously and gets lost in his words, seemingly writing for no one but himself. He especially shows this boldness through “If I Believe You,” a beautiful track on his growing lack of faith.

However, Healy’s vocals are not the only thing carrying the band’s success. The album featured one of their first instrumental pieces, “Please Be Naked.” Despite the absence of words, the soft electric rhythms of the gorgeous track speak for itself. The band again delivers a more vulnerable side, filling the four and a half minutes with wordless, heavy emotion.

No other band or artist can truly replicate what The 1975 does. Their style is so unique, and every bit of their work is constructed and created brilliantly. “I like it when you sleep, for you are so beautiful yet so unaware of it” goes in all directions, as shown by the scattered genres, 75 minutes worth of tracks, and even the title itself, but it all manages to be indescribably captivating. 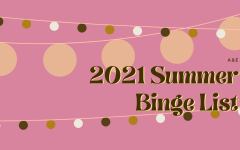 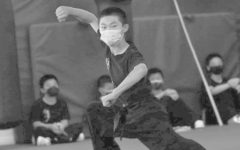 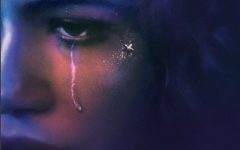 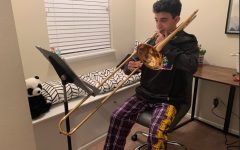