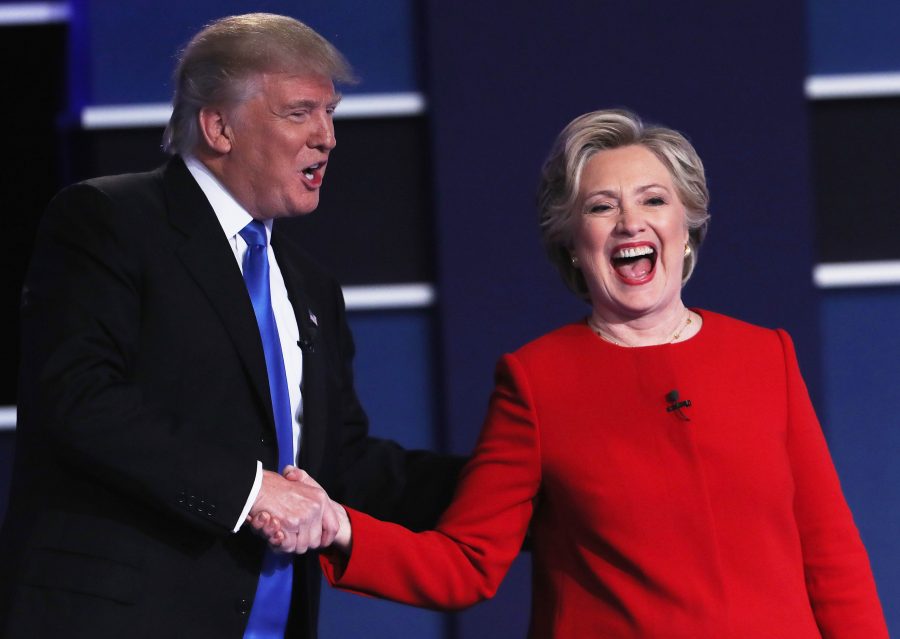 Many consider the upcoming Nov. 8 presidential election to be one of the most controversial in the history of the nation. Despite this, when given the chance to voice their opinion, less than 10 percent of the DBHS student participated in the recent poll election.

Diamond Bar High School students were given the opportunity to choose the presidential candidate they supported, how strongly they felt about their choice and how politically aware they considered themselves. Out of a student body larger than 3,000 students, only 290 participated in the poll.

The voters consisted of significantly more sophomores compared to the other classes, with the class of 2019 accounting for 47.9 percent of the votes. Of the remaining voters, 23.4 percent were seniors, 14.1 percent were juniors and 14.5 percent were freshmen.

“I support [Hillary] because I think she’s the best option we have right now and I really don’t like Trump’s ideals and his beliefs,” sophomore Joanne Chin said.

“I don’t think Donald Trump [is] a good candidate, because he talks about silly stuff,” freshman Dhruv Chawla said. “I support Hillary Clinton […]but every speech, she changes her views.”

As the Democratic nominee, Clinton expectedly holds more liberal views than her opponent. She has expressed her support of comprehensive background checks for gun owners and finding an easier path for immigrants to become U.S. citizens. She also has a plan to make public college debt-free for students.

“I would really rather have anyone else other than Trump, and I think it’s cool how [Clinton’s] a woman,” sophomore Shirley Dong said. “Even though people don’t think she’s the best person for president, I don’t think anyone could ever be perfect.”

In contrast to Clinton, Trump has been very vocal about his opinions against legal immigrants, supporting the construction of a wall along the U.S. border. Trump also wants to protect people’s Second Amendment right to bear arms.

Senior Dustin Park believes that Trump’s more conservative policies will be best for the nation.

“Social justice has been corrupting [the] media, and it’s been putting ideology down our throats,” he said. “The liberals haven’t been doing well for the past six years to reshape America. We need conservative ideals in order to eliminate means of social chaos.We have to be more civil with our social disputes.”

Economically, Clinton plans to ensure that wealthy corporations can’t take advantage of the tax system. Trump, on the other hand, has mentioned that he plans to cut business tax rates to 15 percent.

Some students support neither Clinton or Trump.

“I think [Trump and Clinton] are both crazy,” senior Nicholas Kho said. “[In the debate,] Trump keeps interrupting, which is not professional… and then there’s Hillary, who lies and has deleted emails.”

Less publicized than Clinton and Trump is third-party candidate Gary Johnson representing the Libertarian party. In addition, Jill Stein is running as a candidate for the Green Party. Although they have a very small chance at victory, any show of support  may take away from Clinton or Trump and impact the results of the election.

Voting is open to all United States citizens 18 or older. Registering to vote is simple and can be completed online. On Election Day, polls will be open from 7 a.m. to 8 p.m.