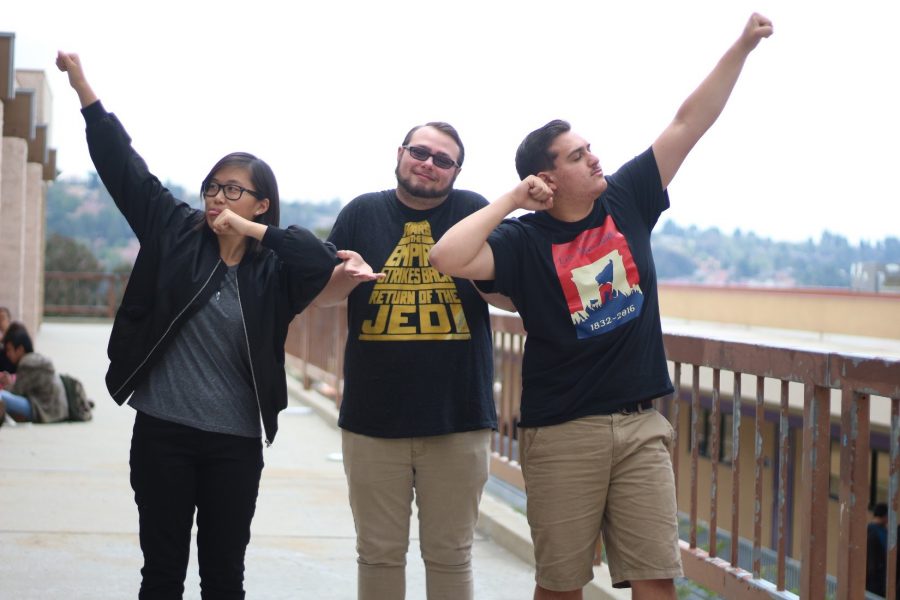 Every student has a different idea of what it means to be successful. Some might see it as  going to an Ivy League school, becoming a doctor or lawyer, or making tons of money.

However, three Diamond Bar High School students are finding their own path to success by majoring in performing arts in college, in hopes of pursuing a career in the field.

Annabel Park, a French horn player who is a member of the DBHS wind ensemble, marching band and symphony orchestra, plans to pursue a career in music. She will study music at UCLA.Park’s dream job would be to perform in a well-known orchestra, such as the Los Angeles Philharmonic, but she is also considering working as a horn instructor or freelance performer.

“I find more interest in music as opposed to more academic subjects because it’s something I can make from myself, it has more emotion and intensity than doing something like math problems.” Park said via email. “I’m passionate about music because it’s apart of me; I believe without music, I wouldn’t be doing anything I love with my time and effort.”

Children  worldwide idolize cartoon characters, and senior Austin Mooney hopes to be the one behind one of these childhood heroes by pursuing a career in voice acting.

“It’s just been my continuing dream to be what I was watching as a kid, and to hopefully be someone’s hero,” Mooney said.

Mooney will attend Citrus College to pursue an Associate’s Degree in theater before working to get his Bachelor’s Degree. He plans on taking theater and voice classes, as well as looking for opportunities to further his career as a voice actor.

Mooney is a part of the DBHS drama department and performed as part of the ensemble in  DBHS’ production of “Les Misérables.”

Jonah Martinez is another senior who plans on working toward a career in the entertainment industry. In the future, he hopes to direct major motion pictures.

Martinez plans on attending Mt. SAC before hoping to transfer to UCLA to complete his college education.

“I want to major in film […] so that I can bring my vision of the world to people, so that they can enjoy and learn something from it,” he said. “I’ve always loved telling stories, writing, acting, and being people that I could never be on a daily basis.”

Martinez is also part of the DBHS drama department. In their latest production of “Les Misérables,” he took on the roles of Brujon and the Foreman.

“Jonah’s a strong actor, he has grown a great deal as an actor, and his characterizations are quite strong,” said drama teacher Beatrice Casagran.  “If you have a creative side and it’s what you enjoy doing and what you love doing, then you need to do it. I don’t think it’s bad for people who are artistic to pursue art, and I think [Jonah’s] going to be happy in the long run.”