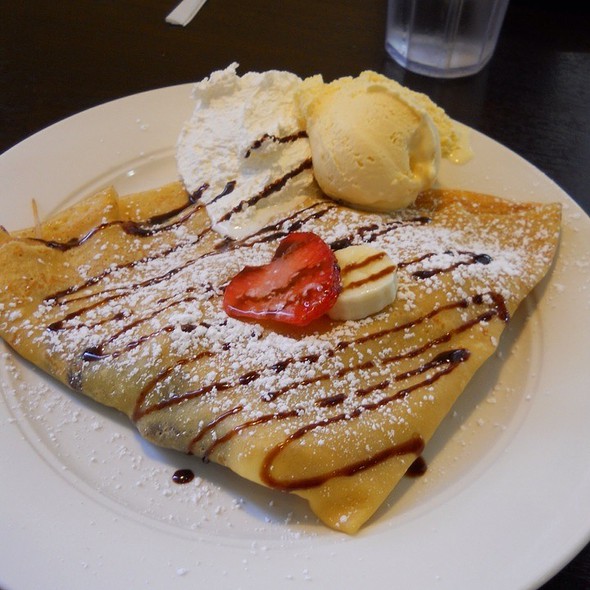 It is a pretty widely accepted opinion that there are few romantic places in the vicinity of Diamond Bar. Crepes De Paris, a hole-in-the-wall cafe in Brea Downtown, seems to be one of such places. Primarily known for its diverse assortment of crepes, the restaurant is perfect for a cozy, intimate date on Valentine’s Day.

Its location near other restaurants and movie theaters, makes it the perfect place for a light, post-movie dessert. Upon entering, I instantly felt very homey and intimate vibe about the place; it is small and quiet, but it does not seem cluttered or cramped. The sitting areas are well-spread out within the premise, which I would imagine would be hard to accomplish in such a small space. The walls are decorated by French phrases and Parisian imagery, which I thought was a very nice, authentic touch.

This feeling of comfort was furthered by the very friendly waitresses there, who greeted me cheerily at my arrival, and talked to me for a while about the different menu options, offering personal recommendations.

The options for crepes are vast, flavoring from plain strawberry, to raspberry and pear. Upon the waitress’s recommendation, I decided to order a “Royal,” which included chocolate, strawberries, and bananas, with a side of ice cream and whipped cream. Another person from my party ordered the “Normandie,” which was a blend of apple, cinnamon, and caramel, with ice cream and whipped cream on the side. Each dessert is about $8-$10, a price that is surprisingly befitting for the serving size offered. Among other items on the menu were various sandwiches, salads, and soups, along with savory crepes, which I have yet to try.

My order arrived rather speedily, despite quite a few other customers. The crepes are rather large, and after seeing them, I realized I would have preferred to share it instead of ordering my own. However, as I started eating, I realized it would be hard for me to share such a wonderful dish. The “Royal” was simply marvelous. The fruity flavor of the strawberry blended so well with the creamy ice cream, and the melt-in-your-mouth chocolate. Every single bite sent me to dessert heaven.

The “Normandie” was slightly different. Unlike the “Royal,” the “Normandie” was warm and oozing with cinnamon and caramel. The apples, which were cut into bite-sized pieces, were boiled in brandy, which accentuated the warm, cinnamon undertones of it. The warmth of the crepe coalesced with the cold vanilla ice cream in the most complementary way. I felt almost euphoric between the two deserts. It truly tops any dessert that I have had in a very long time. I was not a fan of the apples in the “Normandie,” as they were a little bit soggy and had a strange texture. However, this can be attributed to my dislike of apples. I am certain it was prepared in the most pleasing way, and that apple-lovers will enjoy it.

All in all, I loved this cute corner restaurant that offers a taste of Paris in the middle of Los Angeles. It has become one of my favorite restaurants in the area, and I will continue to frequent it. 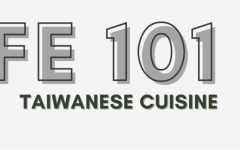 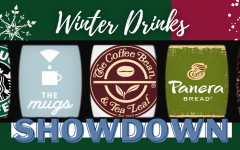 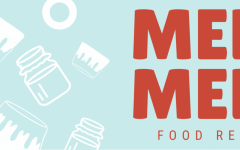 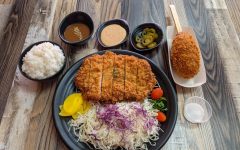 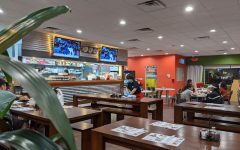 A delicious twist on Canto cuisine 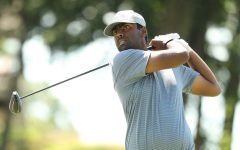 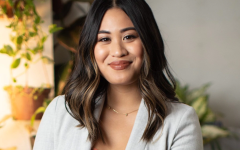 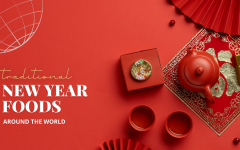 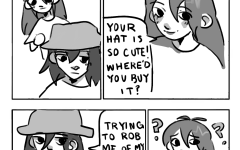 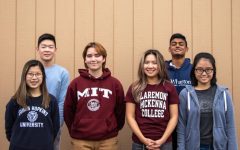 Committing to their dreams