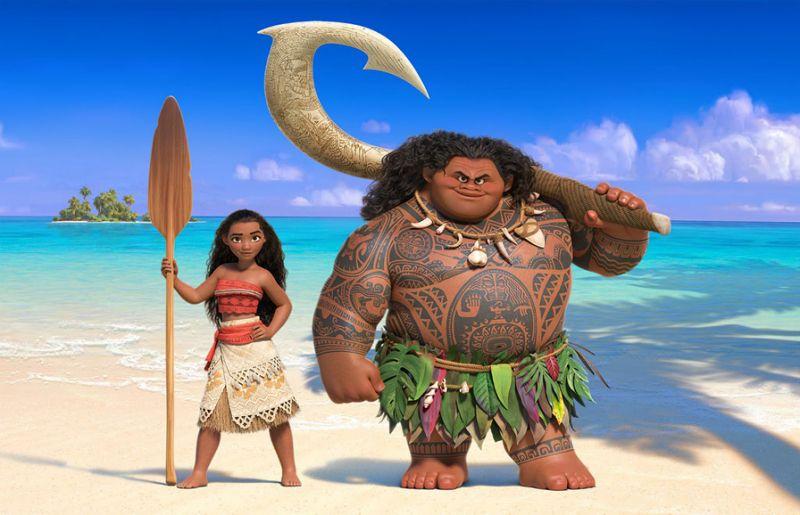 The long-awaited arrival of Disney’s newest princess is finally here, and Disney lovers won’t be disappointed. The company’s latest film, “Moana,” brings an intricate yet intriguing storyline, a set of unique characters and a number of unforgettably catchy songs.

The film revolves around Moana, the teenage daughter of Tui, the chief of the Polynesian island Motunui.

While Moana is expected to stay in the village and carry out her duties as the next chief, she longs to voyage past the island. When a curse hits her island, Moana learns from her grandmother that the only way for the village to be saved is for Moana to restore the heart of Te Fiti, which was stolen by the demigod Maui a thousand years prior.

Despite her father’s disapproval, Moana sets off to find Maui and return Te Fiti’s heart. Moana and Maui journey across the sea together, facing numerous obstacles, the biggest being their own self-doubt.

Moana is Disney’s first Polynesian princess and the fifth non-white princess. Disney has made notable progress in its efforts to present more cultural diversity in its characters.

Moana, who has a body shape that doesn’t conform to Hollywood norms, also strays from the prior model of stick-thin Disney princesses with unbelievably slim waists, a welcome relief from unachievable standards set for little girls in the past.

“Moana” features the vocal talents of Auli’i Cravalho as Moana and Dwayne Johnson (better known as “The Rock”) as Maui. At 16 years old, Cravalho was chosen out of hundreds of others who auditioned to play Moana. While this is her first major project, her stellar singing and voice acting ensures that it won’t be her last. Johnson, on the other hand, is a major film star, and his recognizable voice matched his character perfectly.

The film featured songs from the acclaimed Lin Manuel-Miranda, whose hit Broadway musical “Hamilton” has become a global phenomenon.

Those who are familiar with the musical will recognize Manuel-Miranda’s clever lyrics and upbeat melodies through the “Moana” soundtrack. “How Far I’ll Go” showcases Cravalho’s vocal talent beautifully, and “You’re Welcome” is a fun introduction to Maui’s prideful personality.

The animation was also gorgeous, with vibrant, colorful ocean scenes and grand islands that appeared breathtakingly realistic. An immense amount of detail went into the creation of every scene, making “Moana” an extremely aesthetically pleasing film.

While Moana and Maui are well-developed characters, the relationship between Moana and her father Tui could have been explored further. A part of Tui’s backstory is revealed at the start of the film and his disapproval of Moana’s passion plays a pivotal role at the beginning of her journey, but his character is not mentioned much after.

“Moana” is ultimately a film about staying true to your heart and believing in yourself. While this message is one found in many films, the adventure that “Moana” showcases presents this theme in a way unprecedented by Disney’s past releases.

“Moana” is an entertaining film that will tug at the heartstrings of adults and children alike.