It’s a jungle out there

A sophomore’s first experience at the Sadie Hawkins Dance turned out to be one she rather forget. 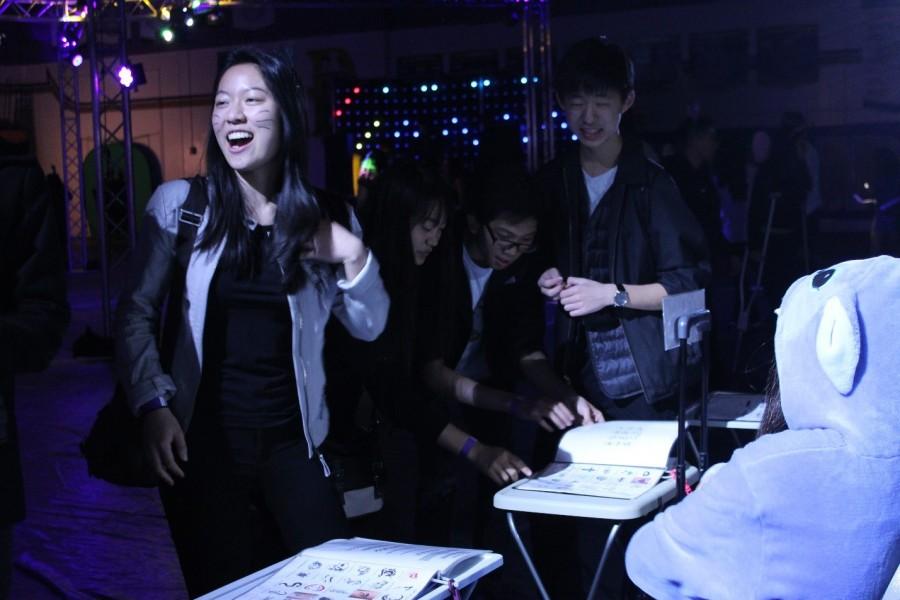 I never understood why the Sadie Hawkins Dance received so many bad reviews until I experienced it firsthand last Friday. With its blaring music and lack of activities, the event had me bored to death.

As my date and I approached the gym, the raucous sound of rap and hip hop hit me, even when I was a few feet away from the entrance. After entering the gym, I was greeted with its austere design and interior. The gym was dark and gloomy, lit only by the small desk lamps, phones being used by bored students, and glaring lights beaming from the DJ station. It was hard to see, and I found myself tripping over numerous cords, which were carelessly strewn all over the floor.

As for activities, two photo booths, seating areas, and temporary tattoo stations were placed on opposite sides of the room. However, only one side was fully decorated and had people lined up for the activities, leaving the other side quite neglected and empty.

Although there were two separate photo booths, they both lacked proper lighting. One machine printed photos that were too dark, and the other printed photos were too bright. However, since there was an insufficient amount of light, it was hard to see how the photos came out anyway.

Furthermore, carnival games, such as High Striker, the unusual Snake Pit, Leaping Lizards, Ring Toss, and Can Smash games were used in an attempt to entertain the attending students. However, since most of the games were unfamiliar, most students did not even bother lining up to play them.

Adding to my disappointment, I was annoyed to find that the activities were limited to the inside of the gym. The DJ also chose to play deafening hip hop songs, including “Crank That” by Soulja Boy Tell’em, and other old hits, and avoided playing current trendy pop music. Due to this, most students strayed away from dancing at first, and only the adults in charge of the photo booths seemed to be enjoying the playlist. Furthermore, students had to pay for refreshments.

However, as the long night continued, the DJ decided to switch from selecting censored songs to uncensored songs, which clearly grabbed the students’ attention. With the addition of explicit songs, students began dancing actively, as if they were at a rave.

With their hands in the air, students, who were clearly enjoying their evening more than my date and I were, began to flood the dance floor. Despite the theme, “Zoo Lights,” the event lacked anything zoo-like or light-like. The only resemblances shown to reflect the theme were the USB members, who dressed up as animals or zookeepers.
Overall, the event seemed to lack the student body’s attention. By my estimate, about 100 students, including USB members, attended the dance. The gym itself remained empty for most of the night, as many left early.

For $20, I paid to spend three long hours in the gym, take terrible photos and pay for refreshments. As for my date and me, we would have preferred to have gone to the movies or any “anti-Sadies” date.