The Lady Brahmas 2-3 league record has been a close match for the girls. The team hopes for improvement in the future. 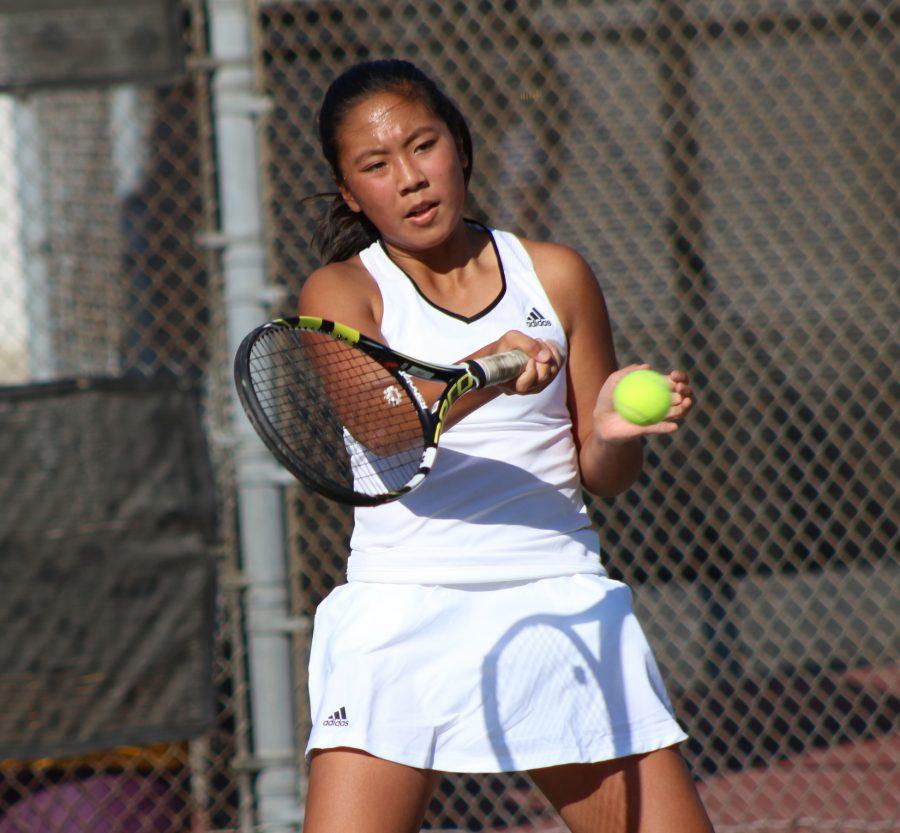 After losing their first two matches, the Diamond Bar girls tennis team has gone off to a slow start with a 2-3 losing record.

The team’s first two league matches against Glendora and Ayala proved to be a learning experience for the girls.

The girls lost 10-8 in their first match against the Glendora Tartans on Sept. 20. Although they expected an improvement in their next match on Oct. 6, the team experienced another loss of 11-7. The girls gave up the most points in their doubles matches against the Tartans.

The team experienced its second loss against the Ayala Bulldogs. Despite the 12-point loss, the team views it as a learning experience and is ready to face them again Oct. 11.

“Ayala has a really young and fantastic team. We have a few tough years ahead of us,” Feix said. “But I do think that the rest of the teams in the league, from what I know, are beatable.”

Feix plans on rearranging the lineup based on whether the school the Lady Brahmas face off against are “singles strong” or “doubles strong”.

“It is hard the first time we played them cause we don’t know what their line ups are going to be. So we’ll make more educated choices the next time we play,” Feix said.

The Lady Brahmas made up for their two losses in an away game against South Hills and a home game against Claremont. The team won both games 11-7.

Several notable players include sophomore Jaida Wilson, who scored 18 points in singles during the match against Claremont. Junior Angeline Cheng contributed one win in the tough match against Ayala. And sophomore Ellie Delano won all three of her doubles match paired with junior Amy Xia.

“It’s good to for us to play teams that are better than us because we can watch them and see what are they doing and how can we do that,” Feix said.

Feix has been focusing practices on working one-on-one with the players to address individual problems.

The team has not only placed a larger emphasis on conditioning as during practices but also spending individual time working on skills. Besides the time Feix spends individually with the Lady Brahmas, she uses skill stations to give the girls time to practice the skills they need to focus on.

By setting up different stations, set up on various courts, it provides a way for the girls to rotate from station to station whenever to work on several aspects in one practice.

“We’re really trying to hone in and increase their skill level in the areas that they are deficient,” Feix said.