Four freshman have made their marks, earning spots on varsity teams despite their young age. 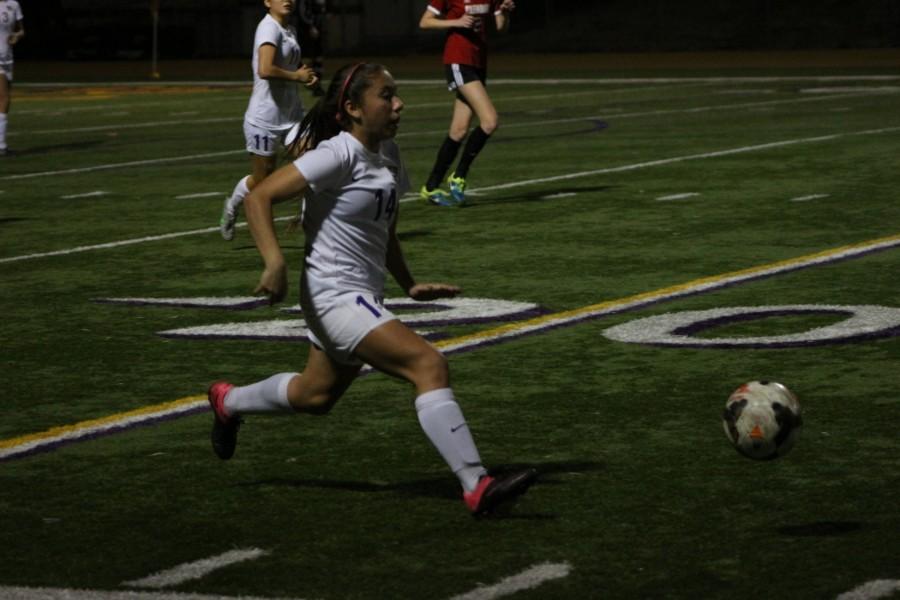 The pressure of playing with and against more experienced competition might seem overwhelming to freshman sports members, but this has not deterred Ethan Galang, Olivia Valdivia, Andrew Cardiel, and Kailie Vongsaga from taking on the challenge of playing on varsity in their respective sports..

Galang, part of boys varsity basketball team, stated that he found it hard to transition from playing in middle school to high school.

However, Galang has shown considerable leadership for the team through his strength in creating opportunities for others.

“When [my teammates] need help, I’ll be there to cover for them and hope they’ll be able to do the same for me.” Galang said. “It’s a great experience because the seniors teach me and encourage me to push myself,”

Meanwhile, girls varsity soccer also features Valdivia, who had played soccer since age three and entered DBHS with the goal of joining varsity.

Valdivia took a special liking to soccer after trying out various sports.

Her greatest accomplishment in the sport was being invited to an Olympic development program and getting picked as an alternate after making it to the last round of tryouts.

Although playing on varsity has proved quite challenging for Valdivia, as it is sometimes difficult to keep up with the older girls, the experience has proved valuable for her.

“I have learned to just be confident and strong when playing,” Valdivia said.

Vongsaga is another freshman who has experience with her sport, as she is a key member of girls varsity golf. Vongsaga was ranked 17th  in the AJGA Polo Rankings, which ranks all girls ages 12 to 18. The Junior Golf Scoreboard ranked her first out of all girls in the class of 2019.

“She’s a very strong player physically, and mentally, she’s super tough,” head coach Tony McCabe said. “She’s just a great addition. She was our best player, [and] she was the MVP of the league.”

Vongsaga says that the hardest part about playing golf is maintaining mental strength.

“You’re out there for four hours or more; you’ve got to keep yourself strong,” she said. “Don’t get frustrated, and be calm…just have fun out there.”

In the future, Vongsaga plans to play golf professionally. Although she says she is not sure where she wants to attend college, she has already been offered full-ride scholarships to Texas Christian University and UCLA.

While most athletes begin training at a young age to reach varsity, Cardiel shows that years of experience are not always necessary to excel.

Cardiel followed in his brother, Michael Cardiel’s, footsteps by trying out for the varsity wrestling team despite having no previous experience with the sport.

“It’s an amazing feeling to know I can get to that level so soon,” Cardiel said. “It’s definitely an honor to be on varsity.”

Since it is Cardiel’s first year wrestling, both his brother and the coaches have helped him adjust to the sport and motivated him to perform better.

“He’s got talent and he’ll do well,” Coach Marcus Johnson said. “He’s one of the best wrestlers on the team.”