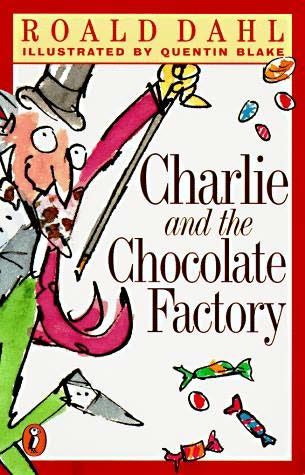 I have been an avid reader since I learned to read. I love to lose myself in the make-believe world of every story I read. While I have read a number of books throughout elementary and middle school, these few really stood out.

1. “From the Mixed Up Files of Mrs. Basil E. Frankweiler”

I first read this novel by E.L. Konigsburg when I was eight, and it remains one of my favorite books. The story of twelve-year-old Claudia and her nine-year-old brother Jamie running away to the Metropolitan Museum of Art fascinated me. They go on to solve the mystery of a marble statue possibly carved by Michelangelo, sold by a woman named Mrs. Basil E. Frankweiler. In elementary school, I always daydreamed about running away to a room as grand as the one Claudia and Jamie stay in at the museum, and I could definitely relate to Claudia’s desire for greater things and her boredom with her everyday life. Ultimately, the book is a beautiful tale of teamwork, art, and a grand search for adventure. In the end, Claudia finds the excitement she was looking for and learns to be satisfied with what she has in the process.

“The Babysitter’s Club” books were my favorites as a third grader, and I checked out a stack of them every time I went to the library. There are over a hundred books in the Ann M. Martin series, and I’m pretty sure I’ve read 90 percent of them. The books tell the stories of a group of middle school girls who start a business to help babysit the kids in their neighborhood. Though not all of the books are very well written, what I admire about the series is its ability to relate to every scenario a young girl could possibly experience. Each of the club members has distinct personalities, interests, and backgrounds, from fun things like interest in art and fashion, to more serious things like divorced parents, so readers will find something to relate to in at least one of the characters. In the books, the girls face a number of problems ranging from boy drama to facing the death of a loved one, and these books can help young readers cope with any challenges that will come their way.

The first time I read “Harry Potter and the Sorcerer’s Stone,” I stayed up way past my bedtime reading under the covers with a flashlight. The J.K. Rowling series has an enormous fan base worldwide, and it’s not hard to see why. The story of the boy who finds out he is a wizard and goes on to defeat the sinister He-Who-Must-Not-Be-Named is timeless. I have never read a series so captivating, with such a detailed plot and so many well-developed characters. Even though he was a wizard, I found Harry Potter relatable, and every challenge he faced, from defeating Voldemort to trying to find a date to the Yule Ball, was exciting to read. Although he has some major flaws, Harry Potter is definitely a good role model for young readers. From his bravery and his belief in doing the right thing to the love he has for his friends and his willingness to sacrifice himself for them, Harry Potter is a true example of a real hero.

4. “Charlie and the Chocolate Factory”

Ronald Dahl was one of my favorite authors growing up, and his book, “Charlie and the Chocolate Factory,” was the one that stood out to me the most. The story of the young, poverty-stricken Charlie who wins himself a trip to the Wonka Chocolate Factory has remained a classic. The way Dahl describes the factory makes it seem absolutely magical, like something out of a dream, and I often fantasized about winning a ticket and visiting the factory myself. The book teaches an important lesson about greed and selflessness. In the story, the other children who visit the factory are only looking to feed their own desires, and their greed leads them all to an ill-fated ending. Charlie’s humility and his selflessness, despite coming from a poor family, lead him to become Willy Wonka’s successor to the factory at the end of the story, showing that good things really do happen to good people.