Many DBHS students see cheating as an appropriate way to deal with the rigor of the school.

After feeling the pressure from her first exposure to final exams as a Diamond Bar High School freshman and realizing that she was seated near a bright classmate, one DBHS student decided that spending the majority of the test copying off of her deskmate was the best choice to ensure a good grade on her English final. She received an A on the test.

As college acceptance rates continue to decline and competition increases, many students, believing they have no alternative, resort to cheating. As cheating has become more common, more students, including those at DBHS, have grown to accept it.

Many students argue that cheating is appropriate in certain situations, such as copying answers on small assignments, as opposed to cheating on important exams. While cheating on major tests may seem unethical to students, they have no problem doing it on smaller assignments, regarded as simply being burdens.

To obtain feedback for this article, the reporters granted anonymity to the students.

“I really don’t see a problem in cheating if it doesn’t affect your grade that much. Cheating on finals or big tests, that’s a no. But cheating on small quizzes, homework, I don’t see a point, just let us. If we didn’t have cheating school would be so much more stressful,” one DBHS sophomore said.

Another student also felt that sometimes cheating is necessary in order to help students understand the assignment, rather than doing it completely wrong.

“It’s seems OK to cheat on homework because a lot of homework is just tedious. I know there is value in homework … but if I’m not going to get credit because I don’t know how to do it, I’m going to ask for help. Nothing would get rid of cheating, other than no competition. Pressure drives students to cheat,” another sophomore said.

Technology has also become a common tool for cheating; students are able to take pictures of tests and send them to their friends, allowing those students to gain an edge over other classmates. Others use their smartphones to send screenshots of homework solutions or look up answers during tests while teachers look on, oblivious.

“In class I’ve seen people wear sweaters during tests and pull out their phones from their sleeves to look up an answer on a test. Or they have a paper with the answers below their desk so they can casually just look down at it,” one student said.

Students often fall into a cycle—cheating on homework or in class assignments leads to not being able to understand the material, which leads to cheating on tests.

“I had students tell me, ‘Well, I’m taking the picture so I know how to do it later’ but technically, you’re cheating because you’re taking a photo of someone else’s work [and] you’re going to copy from that person,” DB chemistry teacher Jose Marquez said.

A cause for the rise in cheating in high school may be due to more cheating cases in society as a whole. Students in modern society have a remarkably blasé attitude regarding cheating.
“Sometimes you got to do what you got to do,” one sophomore said.

In 2015, for four consecutive months, SAT scores were cancelled in China and Korea due to cases of cheating, according to the Washington Post, while in New York, students have hired others to take the tests for them, resulting in criminal trials.

Furthermore, on a 2012 episode of “60 Minutes,” reporter Alison Stewart interviewed serial test-taker and college student Sam Eshaghoff, who had been hired by at least six high school students to take the SAT for them. Eshaghoff admitted to taking sums of up to $25,000 to take a test that is “incredibly easy” to cheat on. While he knew it was wrong, he equated his work with saving the lives of the students who hired him.

In the episode, an ETS official remarked that in 2011, 150 students had been caught impersonating others, but that there was no real way to enforce identity in the test process while continuing to make the SAT accessible to all students.

“A kid who has a horrible grade point average, who no matter how much he studies, is gonna totally bomb this test; by giving him an amazing score, I totally give him a new lease on life. He’s gonna go to a totally new college, he’s gonna be bound for a totally new career and a totally new path in life,” Eshaghoff said on the show.

With competition for entry into good schools ramping up every year, students are growing increasingly desperate for perfect test scores and high GPAs. Additionally, according to Kurt Landgraf, the current president of the Educational Testing Service, College Board does not report cases of cheating on the SAT to colleges, lowering the stakes and allowing students to submit false SAT scores.

At DBHS, GLCs generally do not report instances of cheating to colleges, though teachers may mention in letters of recommendation if they have reason to doubt the student’s academic integrity.
“We don’t go and disclose a student’s history to colleges unless it’s habitual. If it’s something that’s habitual and the student has asked me for a letter of recommendation, that is something that could factor into that,” GLC Marc Natividad said. “As long as a student is learning from the event and we can see that it is no longer happening, we’re not reporting it.”

In a high pressure environment, such as at DBHS, students are driven to succeed by the competitive environment, often taking the maximum number of AP classes, extracurriculars, sports, and other activities that their schedule can hold, making cheating an easy shortcut in a oft-difficult situation. According to Niche, a school ranking website, the majority of Brahma GPAs range from 3.33 to 3.88, a far cry from the nation’s comparatively low average of 3.0.

“At DBHS, everyone is in the same rat race, and everyone is trying so hard to do well academically. You’re thinking to the bottom line, you just want the points and the grade. They’re so busy that when they actually sit down to do work, you’re still trying to get a good night of sleep, it’s so tempting to cheat,” Marquez said.

Marquez has had to change his grading system so that each assignment more accurately mirrors each student’s efforts and abilities. Homework assignments, where cheating is more accessible to students, only minutely impact the overall grade, while tests make a much larger impact because they are taken in a more controlled environment, and can more accurately reflect the students’ learned knowledge.

However, many teachers do not notice when students cheat, as they are sitting at their desks during tests instead of walking around the room. Such behavior from teachers may encourage some students to cheat, since they believe they won’t be caught.
Internet access has also changed students’ studying habits greatly—instead of opening a textbook, many instead look for test questions online.

“I think some teachers inadvertently encourage cheating by using tests that they don’t make themselves and that are often online already rather than creating original test material,” one junior remarked.

In a poll taken by 85 seniors, 85 juniors, 127 sophomores, and 98 freshmen, results revealed that at least 60 percent of students from every grade have cheated on homework during this school year.

Additionally, over 50 percent of juniors and over 40 percent of seniors polled admitted to having cheated on a test sometime in the year, while less than 30 percent of sophomores and only about 10 percent of freshmen have. The majority of students polled answered that they believed teachers were ineffective in trying to prevent cases of cheating.

However, comparatively few students replied that they would cheat if they had little or no time to study, a statement supported by the fact that less than 10 percent of juniors and seniors and less than 5 percent of sophomores admitted to actually cheating on a standardized test.

“Cheating sounds a lot better than failing. Although cheating seems bad, it is just a way of showing effort,” a senior said in a journal entry for his English class.

“We want to be famous and successful, we think our colleagues are cutting corners, we’ll be damned if we’ll lose out to them, and some day, when we’ve made it, we’ll be role models. But until then, give us a pass,” Gardner said from a student’s point of view in the interview.

Donald McCabe is a leading expert on cheating and works as a professor at the Rutgers University Business School. Due to technological advances, students are finding it easier to cheat, and as a result of more stress from school, are resorting to cheating more often.

“I don’t think there’s any question that students have become more competitive, under more pressure, and, as a result, tend to excuse more from themselves and other students, and that’s abetted by the adults around them,” McCabe said in an interview with the NY Times.

“There have always been struggling students who cheat to survive, but more and more, there are students at the top who cheat to thrive.” 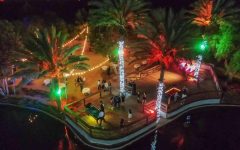 Tangled up within a magical evening

Students honored for their academics 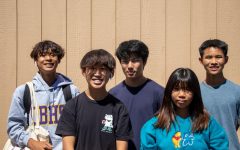 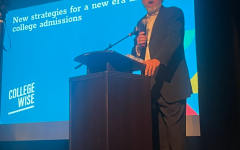 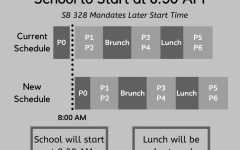 A new timetable for a new semester 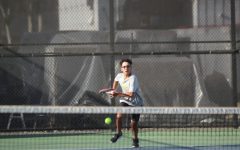 Preparing further down the line

Eye of the Editors: Internet security

In an age where the internet is accessible from almost anywhere, it’s become normalized for schools across the country to blacklist “non-education... 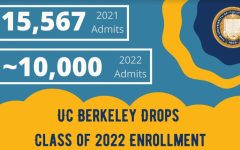