BOYS WATERPOLO With a strong preseason record, the Brahmas advanced to CIF for the first time. 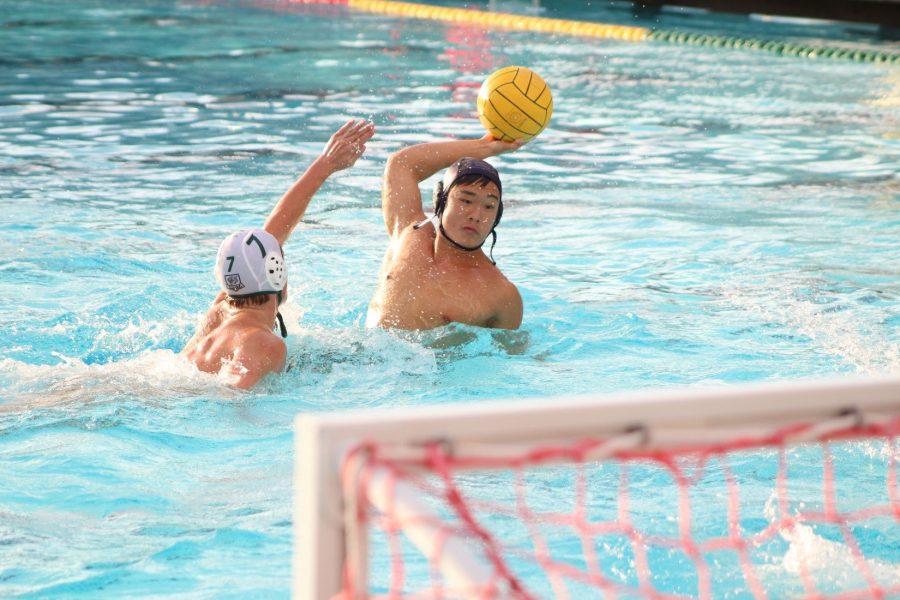 Making it to the CIF in any sport is quite an accomplishment, but the Diamond Bar High School boys water polo team has done it in just its third year of existence.

“The student-athletes have a strong foundation of fundamental skills and improved their in game knowledge,” head coach Alexander Matal said. “Also, the majority of the varsity team committed to a full off-season of club training and competition.”

The team faced difficulty against the top two ranked schools, Ayala and Claremont. The Brahmas lost to both schools twice. However, the boys won their matches against Glendora 13-7 and 19-11, while a loss to Bonita went into  overtime.

In its CIF preliminary game against Bonita, the team lost 14-6, but the team’s 14 match win streak during preseason put them into CIF. During this week, the team is competing in the playoffs.

The team competed well at Varsity Bull Run, winning all five of its competitive games. The Brahmas won by an average of 10 points every match and the mesh between strong offense and defense led to their numerous victories, according to Matal.

“We have learned that we need to stick to our fundamentals and we shouldn’t be discouraged no matter how good the team has been in the past because we’re a new team now so we just have to play to our full potential,” senior Diego Hammond said.

The team’s experience at the San Diego Open was also helpful practice for the Brahmas. The Brahmas won one match and had four losses, with a margin of two to three goals deciding the game.

Offensively, Hammond and juniors Aaron Velarde and Cameron Belden were standout players for the season earning a total of 113 goals among the three. Hammond leads the team in number of points won and goals made, 83 and 58 respectively. With one of the major focuses this year being defense, seniors Kristopher Chang, Sebastian Houng, and Christian Galelli were standout defenders.

The team losing eight seniors will leave big shoes for the returning players to fill next year, according to Matal. He said the juniors and sophomores were strong and able to take over with off-season training and club competition.