Students participate in martial arts from various backgrounds, including taekwondo and karate. 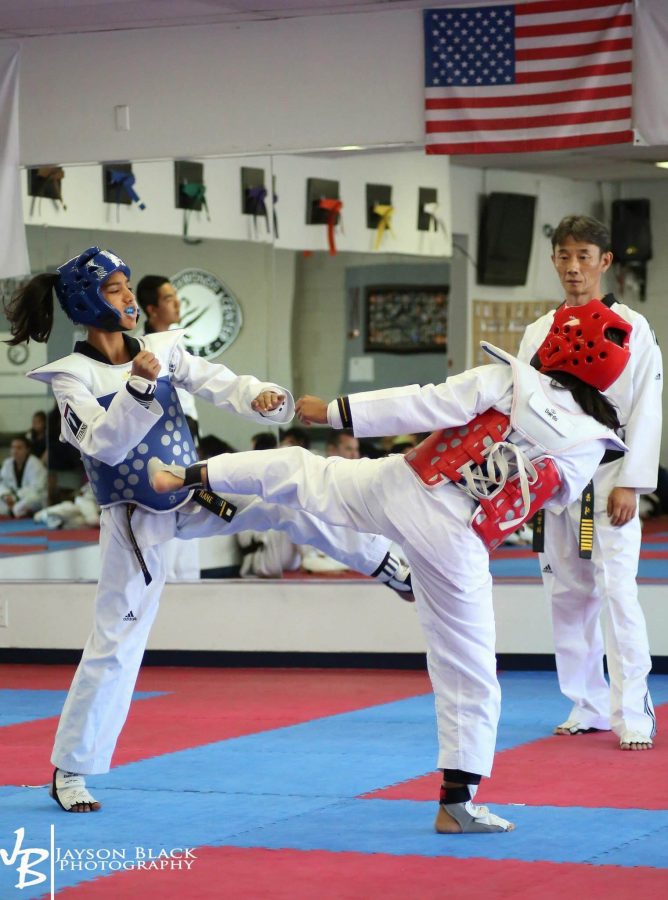 Far from the more usual sports involving a ball or racket, several Brahmas compete with their fists and feet.

Senior Lyanne Chang and sophomore Aishwarya Rane both attend the local taekwondo dojang National Taekwondo Center in Diamond Bar. Rane first started when she was eight, after convincing her mother, who thought she was too young at the age of five, to participate in the Korean martial art.

Chang’s dad sparked her interest in the sport when she was nine while she was living in Hawaii. Although Rane immediately started in a more professional dojang, it was not until Chang moved to California that she started attending regular classes with an instructor.

Rane and Chang both feel that staying committed to the sport is one of the most difficult parts about participating in taekwondo. Chang also said that the weigh-ins are another difficult aspect of the competition process; losing weight in order to make the desired weight class and hoping they reach their goal.

Taekwondo is not the only martial art being practiced on campus. Junior Alec Jahanvash participates in sport martial arts, a type of martial arts that incorporates both routines and sparring as well as weapons.

Jahanvash took up the sport when he was 4 mainly because his father owns Red Dragon Karate in Diamond Bar. He is not only a student there but also an instructor, managing the classes

Jahanvash also competes almost every month, competing in traditional, creative, and fighting or sparring. However, his main interests are learning more traditional styles of sports karate, learning new forms, and focusing on sparring.

“I think there is a lot more to it than just being a traditional sport. There is a lot of tradition, respect, and values that go along with it. It almost has a familial effect to it,” Jahanvash said.