BADMINTON After winning their fourth consecutive CIF Finals last year, the Brahmas will begin their new season in the San Joaquin League. 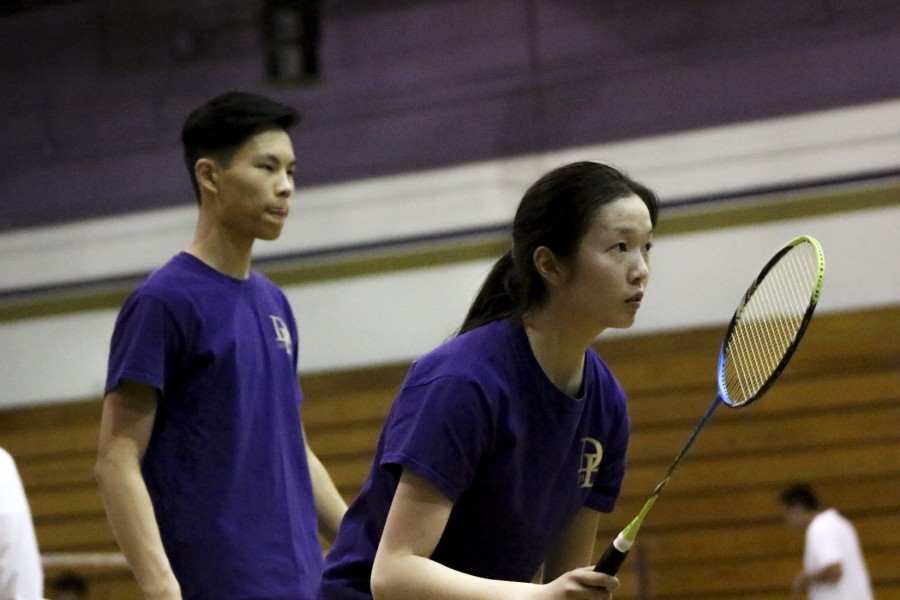 This season the Diamond Bar High School varsity badminton team will be entering a new league, but that isn’t stopping the Brahmas from their plans to remain at the top and secure  their fifth consecutive CIF title.

This season, the Brahmas were able to join the San Joaquin League of the California Interscholastic Federation and hope to schedule more games.

“We lost some good players from last season and we lost a couple of players due to transfers, but we have such a very strong core that we should still be very good again,” head coach Kemp Wells said.

The team started off its preseason with a 21-0 win against Cabrillo. The Brahmas next game was a 19-2 win against Redlands East Valley.

According to Wells, the team boasts a capable boys and girls side, with numerous players that contribute to the overall strength of the team.

The lineup this year has many players who can compete in either singles, doubles, and mixed, allowing the team to create different combinations of players depending on the situation.

On the boy’s side, captains junior Justin Lam and senior Jonah Perea are two of the strongest boys on the team, performing well when playing as a pair but also talented in mixed and singles matches.

One of the best female returners, sophomore Jasmine Huang, will also be a great asset to the team according to Wells. Several freshman players have also made their debut including Mirabelle Huang, Angela Zhang, and Daniel Huang.

“Our guys side of the lineup is about as strong as it could possibly be, except for maybe our guys’ lineup two years ago,” Wells said. “We only need six [girls] to play in any match and we actually have about eight or nine girls that are really strong.”

One of the biggest challengers will be Long Beach Polytechnic, according to Wells. Last season, the Brahmas started their championship game with a large lead against the school and won the game 16-5, securing their fourth CIF title and an undefeated season.

Other schools that the Brahmas are prepared to face off against are San Marino and Cerritos as they both have several excellent players that may prove to be a challenge.

“I don’t think we will lose to a number two team all year unless someone just has a really bad game,” Wells said.

The Brahmas will compete against Arcadia tomorrow and March 27 and participate in the Azusa Tournament at the beginning of April.