A promise to fight for DOC 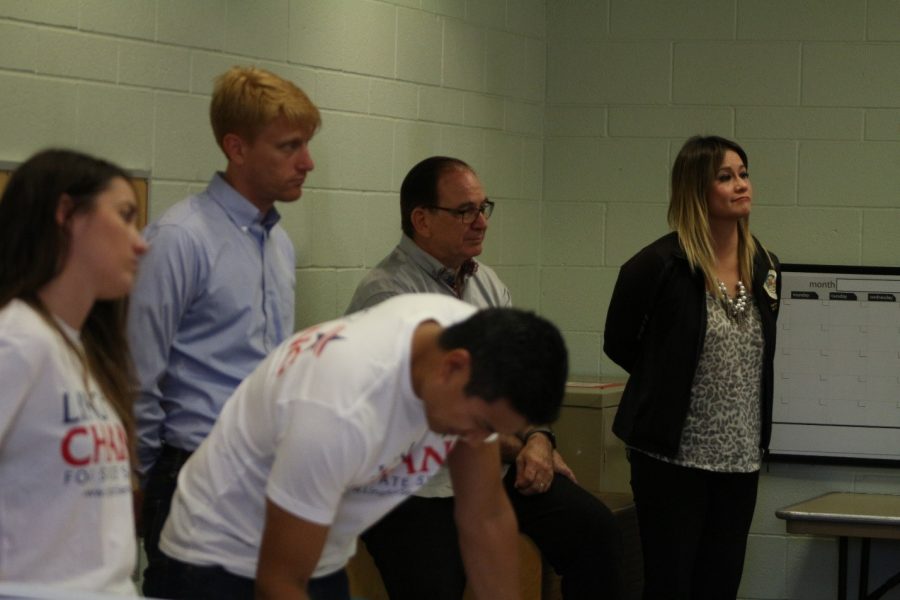 Assemblywoman and senator candidate Ling Ling Chang spoke to clarify the current state of District of Choice and update her audience on her plans.

As the year continues to drag on without a solution in sight for the end of District of Choice, parents and students seem to have a growing cause for concern.

However, at a rally at Pantera Park on Oct. 22, Assemblywoman Ling Ling Chang promised that “no one is going to be sent back to their home school.”

Chang spoke at the park along with Senator Bob Huff and Walnut Valley Unified School District Superintendent Robert Taylor to provide those gathered with the latest information on the state of District of Choice.

A joint statement issued by Taylor and unions representatives last week indicated that WVUSD is working with surrounding districts to ensure that current students remain in the district through graduation, regardless of the District of Choice bill.

The district is offering a District of Choice Lottery Program until Dec. 31. However, students in the Rowland and Azusa Unified School Districts can not apply. The race for a seat in the Senate was too close to call a result on Tuesday. At the rally, Chang said she does not plan to submit to Assemblywoman Lorena Gonzalez’s original proposal of “grandfathering” current students, a compromise which would allow students who are already enrolled in schools through District of Choice to graduate from that school.

This would mean that an out-of-district seventh grade student would be able to finish middle school at WVUSD, but would not attend high school in the district.

“She wanted grandfathering to make sure that the parents of students that are currently in the program aren’t feeling displaced and not having a plan for next year,” Chang said.

Chang has been strategizing with fellow Assembly members, including Gonzalez, on how to resolve the situation.

The pair released a joint statement in August reassuring the public that they will work together to reach a bipartisan solution.

Chang also plans to begin working more closely with Gonzalez to accelerate the process after the November election.

“She wants to work with us,” Chang said. “I am extremely confident that we can get something [in place] for next year.”

This is not the first time the state has been in this position.

The bill had come close to expiration on previous occasions but Huff had always managed to extend it, sometimes resorting to political hardball.

“We’re at a point now where the program expires at the end of June next year, but that’s the same way we’ve been a couple times before,” Huff said. “So it’s not uncharted territory, it’s just starting to get uncomfortable.”