A letter to the Film Industry

Dear Filmmakers, It’s a widely accepted notion that sequels and remakes are never better than the originals, yet so many studios continue to make them. Time and time again, we witness film remakes and sequels intent on changing this trend that, fail miserably. We aren’t saying that all films that fall into this category aren’t successful, because yes, there are the few movies that deviate from this trend (“Harry Potter,” “Star Wars,” and “Lord of the Rings”), and we understand that your main goal is to make money, but at what cost? It would be more worthwhile to put the resources and energy used in making one of these films toward a new, creative project. Looking back has never benefited anyone; the industry should be looking to move forward. A good movie can be likened to catching lightning in a bottle- a rare occurrence. If a movie wasn’t successful in the first place, the chances are slim that it would gain popularity or critical acclaim with the second version or when remade with a completely different cast. Often, sequels are essentially dragged out versions of the first film and no longer enjoyable. It becomes a type of semantic satiation, where the audience is watching the same characters act out a slightly different plot with little or no meaning. In remakes and the majority of sequels, the plot, traditionally the most important aspect of a movie, becomes overshadowed by the star-studded cast. In “Anchorman 2,” the most enjoyable moments were the cameos by celebrities like Liam Neeson and Kanye West. Aside from these small parts, the plot had no substance and was not as funny as the first. This phenomenon can also be seen in “Zoolander 2.” It’s almost as if the success of a sequel is based on the amount of celebrities a studio can manage to sign up. It’s not just comedies; action movies also live off of unentertaining remakes and sequels. But if you’re intent on producing a sequel, take some tips from a great series like “Harry Potter.” Every detail in the films is connected to something else, possibly in a later movie, as opposed to the messy, careless plots we often see in sequels. What we want, like most movie-goers, is to be entertained by interesting, new plots with substance. If this trend continues, we will be left with too many bland movies recycling plots over and over again. New creations that will not only entertain our generation, but generations to come. With the way Hollywood is heading, there will be no classics that our children can know and love. Instead, there will be an abundance of sequels. We want a Hollywood that impresses the world with its originality and imagination, like it did once upon a time.” 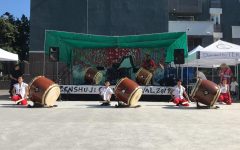 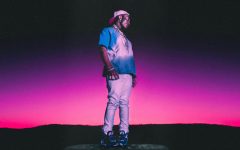