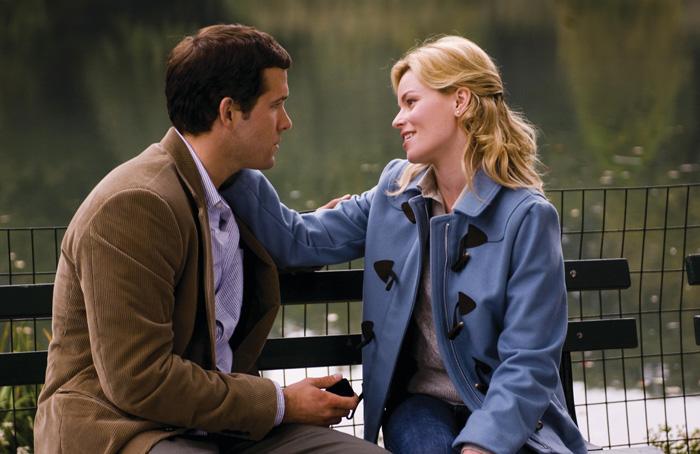 I consider myself somewhat of a movie buff. And although I wish I could say I had a more sophisticated taste in films, I concede that my favorite genre is the ultra-cheesy romantic comedies. Whether you are single or not, these chick flicks are my personal favorites and will be a great addition to your Valentine’s Day schedule.

This is not only my favorite chick flick, but my favorite movie of all time. An underrated romantic comedy movie, “Definitely, Maybe” contains elements that are present in most rom-coms—a somewhat neurotic protagonist, a New York setting, and love triangles. However, this film minimizes the cheesiness that most chick flicks exhibit and narrates the endearing tale of Will Hayes (Ryan Reynolds), who recounts his romantic endeavors to his young daughter.

After Richard Gere and Julia Roberts, Tom Hanks and Meg Ryan are my favorite duo in romantic comedies. Their onscreen chemistry is showcased in the adorable “Sleepless in Seattle,” which is about a widower named Sam (Hanks), whose son flies across the country to unite his father with Annie (Ryan), a stranger who fortuitously listens to Sam’s story on the radio and subsequently becomes attracted to him.

The raunchy comedy “Bridesmaids” focuses on the irrational Annie Walker (Kristen Wiig) and her struggles to pay rent and maintain her relationship with her newly engaged best friend, Lillian (Maya Rudolph). In the midst of her attempts, she dissolves her friendship and establishes a relationship with a cop. Hilarious and entertaining, the ingenious script starring lead female roles will generate laughter from even the most serious moviegoer.

The epitome of cheesiness, “Serendipity” is one of those films I wish I didn’t like for its far-fetched plotline and tacky concept. Even so, I cannot help but watch it over and over to satiate the irrational teenage girl inside me. Starring John Cusack and Kate Beckinsale, the movie is about a couple who meets for one night in New York and relies on only faith to reunite them.

With a star-studded cast, “Valentine’s Day” follows seemingly unrelated characters and their struggles on the unofficial love holiday. Each story is captivating and has its own little twist at the end of the movie. Despite the negative reviews, this film is merely a lighthearted comedy to watch with your loved one or a tub of ice cream.

This film is more than an advertisement for Ryan Gosling’s abs. The plot centers on a middle-aged man (Steve Carell) who recently separated from his wife (Julianne Moore). He finds help from womanizer Jacob (Ryan Gosling) to jump up his love game. The film is an amusing piece that embodies love at all stages of life.