One can call Adele many things–boring, bland, stagnant–but I would be lying if I said Adele was talentless. With her powerful voice that can carry seemingly any note, Adele makes a statement with her new album, “25.” Unfortunately, this statement is neither interesting nor groundbreaking.

To be frank, I have heard Adele on the phone one too many times, messily calling up an old lover, in need of comfort. She sings the same old tunes, reminiscing about the past. To be honest, it bores me. There has been nothing particularly innovative or revolutionary about her work for a while now.

Such is the case with “25,” where Adele attempts half-heartedly to reinvent and diversify her lyrics. Her opening song, “Hello,” does not make too strong of a case for this, though. On top of the usual lyrics, (“I must’ve called a thousand times/ To tell you I’m sorry, for everything that I’ve done”) the tear-stained ballad is slow-moving. I feel like I need a box of tissues every time this song plays on the radio, so I can cry about things that haven’t even happened to me. It is simply depressing. Adele writes in this song that she hasn’t “done much healing” over time, and this heavily foreshadows the theme for the rest of the album.

A Taylor-Swift-esque shift in her style makes an appearance in songs like “Send my Love,” which features a percussive guitar and light, airier tunes than is her signature. But even here, this song fails, as we see her fall back on bitter sentiments toward an old lover, to whom she sarcastically wishes a brighter future. I wish she would explore this side of her music more–the less emotional side.

The main problem I have with Adele’s emotional side is that it is very vague. She does not address whether the problem she so often sings about is betrayal from a lover, or something she did herself, and we can never quite picture what exactly happened between the two. One minute, she seems to want to kiss and make up, the other she is telling him she no longer needs him. The only centralized themes in her lyrics are romantic problems. These vagueries make it evident that she is attempting to appeal to a large audience. Adele isn’t even basing these lyrics off her personal life anymore, which implies her true reason for her repetitive lyrics: she is a sell-out.

While I do have many complaints with the album, I have to point out a few songs that caught my attention. Though “A Million Years Ago,” seems to follow Adele’s signature ballad format, her lyrics address her decaying youth and shift in lifestyle. Though lyrics such as “I miss the air, I miss my friends/ I miss my mother, I miss it when/ Life was a party to be thrown,” still sport a strong sense of emotionalism, Adele seems to mature out of singing about her lover for a while to look into other, larger issues–at least in this song.

Still, I do not think I would have finished listening to the album if it were not for Adele’s voice. Adele’s voice is magnificent- to call it anything less would be sacrilege. It is almost awe-spiring to hear her transition from a deep, earthly boom, to her twinkling high notes.

She makes even the most horrendous songs bearable, and her music totally milks her voice. By featuring ballad-type songs, Adele is able to fully exercise her range. I am not complaining, though. She has tremendous vocal talent, and she has every right to flaunt it.

All in all, the album disappoints. Every single one of these songs may have just as well been featured in “21,” because that’s how little she changes.

Adele may have grown older, and her views may have matured, but her music is stuck in a monotonous, boring rut. In “A Million Years Ago,” Adele remarks that we have been here before. Indeed we have, Adele. 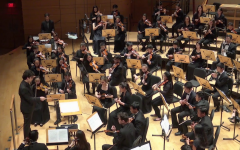 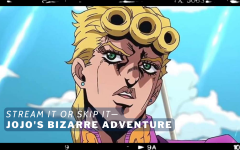 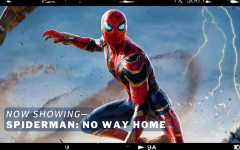 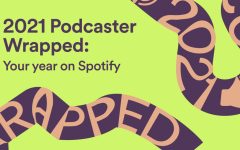