Should the US open its doors? Vote below!

Forced out of their own countries, Middle Eastern refugees have no choice but to turn to other countries to escape terrorism and homelessness. However, due to the attacks in Paris, the people of Syria may face rejection from any haven in the U.S. for a crime they did not commit. This is wrong, as these refugees cannot help the situation they are in. Help should be offered wherever it can be given.

The conflicts in Syria and its neighboring countries seem to have no end, as the situation grows worse even after five years of constant warfare. There are 4.2 million refugees who have been displaced from their homes, and 700,000 have made the dangerous trip across the Mediterranean. The journey is not easy, with 2,600 people having already drowned trying to reach Greece and Italy in flimsy rubber boats, according to BBC News. Yet, refugees continue to take that risk in order to escape what has become of their war-torn homeland.

However, many in the U.S. are afraid to allow these refugees into our country, for fear of possible terrorist attacks. Texas Gov. Greg Abbott wrote in a letter to President Obama that Texas “cannot participate in any program that will result in Syrian refugees – any one of whom could be connected to terrorism – being resettled in Texas.” Thirty other U.S. governors joined Abbott and reacted in this fashion after the terrorist attack on Paris, criticizing the idea of allowing 10,000 refugees into the U.S.

The opponents of such an action are mostly afraid of a attack similar to what happened in Paris. However, Syrians flown to the U.S. are the most heavily evaluated group of immigrants according to the State Department. They must first be evaluated by the UN refugee agency, then the State Department, the FBI, the Department of Homeland Security, and the Defense Department. On the other hand, a terrorist posing as a refugee can pay $1,000 to be smuggled into Europe. There are no background checks or identification papers in Europe. The process in the U.S. is completely different than the one in Europe.

The attack on Sept. 11 is another reason governors have raised for refusing entrance. But should the actions of 19 decide the fate of millions? In fact, all of the 9/11 terrorists arrived in the U.S. by visa, a much easier process used to enter the country. On the other hand, this group of immigrants would have to wait anywhere from 18 months to two years to be admitted into the U.S. as a refugee with all of the processes that they must go through. It is during this process that the U.N. refugee agency provides these Syrians aid while they undergo this resettling process.

Fears surrounding terrorism are ungrounded. Refugees fear what ISIS has done just as much as anyone else, perhaps even more so since their acts of terrorism is the reason behind all of the refugees fleeing. They have no reason to support the group who has uprooted their lives and destroyed so much of what they have cared for. Refugees are just another victim of the terrorist acts of ISIS.

As the Obama administration prepares to take in 10,000 Syrian refugees, it has prompted new scrutiny amongst many due to the fact that there is no way to validate the new arrivals from the war-torn Muslim nation that’s a hotbed of terrorism.

During a congressional hearing with U.S. Citizenship and Immigration Services, it has been confirmed that the U.S. has no method of vetting the new refugees because the Syrian government doesn’t have an intelligence database to run checks against.

The massacre in Paris opened the world’s eyes to the threat that accepting refugees represents. ISIS, which has strongholds in Iraq and Syria, has claimed responsibility for the suicide bombings and shootings, which killed 129 people and injured 352 others, 99 of them critically.
ISIS has the capability to strike anywhere in the world. Recently, four Syrians with forged passports were caught at the Mexican border trying to cross into the U.S.

The term “refugee” is being used too often. Some are indeed refugees fleeing persecution. Others, however, aren’t refugees, but migrants.

In February, Michael Steinbach, assistant director of the FBI’s Counterterrorism Division, testified that the U.S. government has no way to vet the refugees pouring in from Middle Eastern countries. He also admitted that the refugees don’t have passports and that “[they] don’t even know if the name they give is their real name.”

The American ideal of humanitarianism is being exploited and until we have the capacity to truly identify all of these people and ensure the security of U.S. citizens, we should not be allowing any of them into our country.

We therefore cannot risk the chance that extremists similar to the terrorists that attacked Paris will embed themselves into the U.S. America has almost always opened its heart and borders to oppressed people fleeing persecution, but the world is changing. In fact, one of the Paris bombers came into France as a refugee on a fraudulent passport, which is why there is no way to authenticate what he is affirming as the truth.

We must stop the Syrian refugee admission process at least until we can truly validate these people. Even if 99 percent of the Syrian refugees that may come into the U.S. are innocent people, if the other 1 percent are potential terrorists using this crisis to gain easy access into the U.S., President Obama and government officials should realize that we can’t let these refugees in.

What will happen if another incident resembling the Paris attacks in November occurs in America and the attacks were indeed made by the “refugees?”

Will we kick out all the Syrian refugees that are coming? Or will we do more “background checks” on all the refugees?

U.S. government officials must stop ignoring the facts and stop pursuing what they believe is the “American” way to deal with this current refugee crisis before it’s too late. 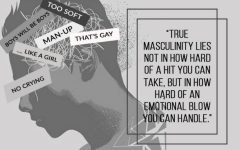 On any given day, my Instagram feed can range from a column on vaccinations to an activist speaking about gender fluidity or racial hate crimes. I rea... 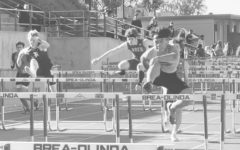 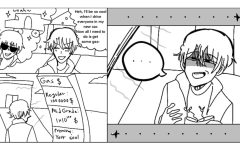 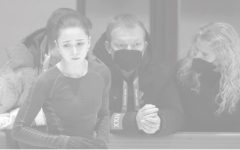 On Dec. 11, the first vaccine treating COVID-19 was approved. Now, almost a year later, only 57 percent of people in the United States are vaccinated....

After nearly two years of quarantines, impromptu shutdowns and social distancing, it’s safe to say that everyone is aware of how quickly a disease c...