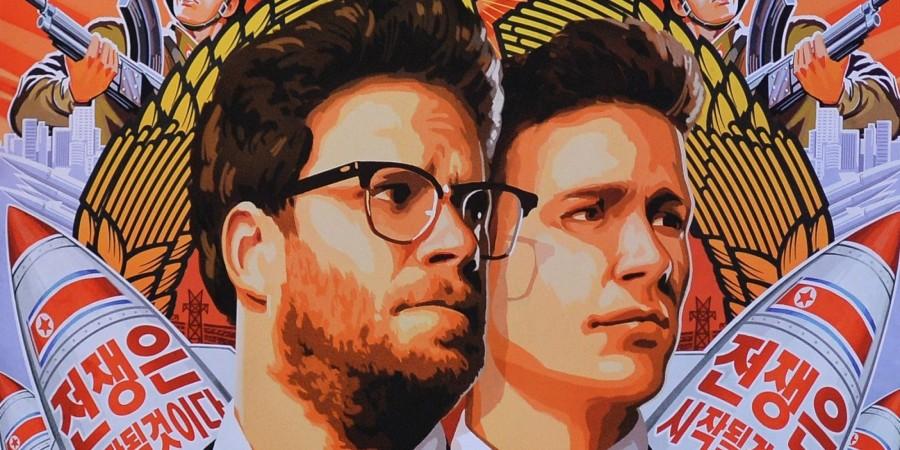 What do you think of “The Interview” and Sony’s decisions? Vote down below!

STAND UP TO THREATS

When the trailer for “The Interview” came out, two things popped into my mind. First, the film itself seemed like a borderline toilet comedy that ironically made me want to see it just to experience its awfulness. Second, I knew that a flurry of controversy would erupt surrounding the film’s plot, which consists of an assassination attempt on North Korean leader Kim Jong-un. Even so, I did not expect Sony to unpatriotically submit to terrorist threats, which caused a justifiable national backlash.

Sony’s actions were provoked by hackers who leaked unreleased films and confidential emails. The hackers, who identified themselves as “Guardians of the Peace,” demanded that the company pull the release of “The Interview” and sent a threatening message that “the world will be full of fear” at any cinema showing the movie on its theatrical release, including the New York premiere. The hackers juxtaposed their supposedly imminent attacks to the September 11 tragedies. Sony initially acquiesced, with the CEO stating that it was due to theater chains refusing to show the film and not the threats. However, the company later released it online and in independent theaters.

No matter who was at fault for the prior cancellation of the film’s release, nobody should have complied with the hackers’ baseless threats. I understand that there is a safety concern but there is a reason the United States does not negotiate with terrorists. Doing so would reveal that fear is a useful intimidator and would therefore validate the great value of hostages to our enemies. Sony’s actions are a blatant violation of the United States’ terrorist policy and are an unfortunate result of fear. It shows that the company is feeble-minded and has no backbone to support its own endeavors. The Sony Corporation, the United States, and the American people in general cannot falter due to bullying.

Halting the release of “The Interview” also encroaches upon freedom of speech. Although this constantly debated First Amendment freedom can be challenged, this case is a clear inhibition of creative expression. It sets an alarming precedent for anybody to make unsubstantiated threats to an entertainment company just because they disagree with the content of the film. Succumbing to these ill-named “Guardians of the Peace,” whether they are North Koreans or antisocial hackers in a basement, demonstrates that anyone can easily impose censorship and threaten our democracy.

As much as I wish the controversy had applied to a much more substantial film, Sony’s initial reaction demonstrates the conglomerate corporation’s gutlessness and cowardice. Even though the film has now been released in limited viewing, the previous cancellation of the film was a clear lapse in judgment that served as an embarrassment to everything America stands for. Fear is mankind’s biggest prison and we must not let it consume us.

There may be uncertainties about who is responsible for the email threats to Sony Pictures, but genuine or not, it’s disturbing that we don’t know where to draw the line when it comes to third party threats. Since Nov. 24, the lives of Sony’s employees, their families and moviegoers across the U.S. were threatened and all some could think about was getting a petty movie into theaters.

The plot of the film revolves around the idea of the assassination of Kim Jong Un, undeniably an appalling figure, but a living, breathing being nevertheless. Sony certainly has the right to produce virtually any movie it wants, but if you’re going to make a movie that depicts the death of a living world leader and satirizes the struggles of a deprived people, then you’d better be prepared and know what you’re getting into. The fact that Sony Pictures originally decided to cancel the release of the film suggests that the company had no idea what to expect in making such a controversial film until the threats came in from the so-called “Guardians of Peace.”

What Sony should be most concerned with, though, are the threats that were made against Sony’s employees, their families, and moviegoers. In the Dec. 16 email threat, the hackers warned, “Remember the 11th of September 2001. We recommend you to keep yourself distant from the places at that time.” We may not know exactly who is behind these heinous threats, but it was a rash move to ignore them, especially when the infiltrators compared their intentions to the most devastating attack America has ever experienced. Regardless of how big of a threat they really pose, they are certainly hostile and would love to cause harm in any way to the U.S. and the citizens involved.

The hackers also warned that the release of “The Interview” would be considered an “act of war,” and by releasing the film, Sony has effectively made the U.S. perpetrators of war. We heedlessly welcomed terrorist attacks on American soil with open arms, offended at the thought of complying with a threat of terrorism, and put lives at stake—all over a silly comedy flick. The bottom line is it’s simply not worth putting possibly hundreds of lives at risk over a throwaway piece of entertainment.

I don’t want to go to fanatical extremes, but North Korea, whether it was behind the cyber attack or not, does possess nuclear weapons and are ready and evidently eager to attack in a heartbeat. We need to evaluate what is really at stake here and not be so hotheaded as to put innocent lives on the line for the sake of dear “patriotism.” This is not about bowing down to terrorists; this is about preventing American lives from being wasted over nothing. If the U.S. continues to refuse to negotiate with terrorists, it will more than likely find itself in a situation where it must either abandon the policy or give the green light to unspeakable actions on our ground.

If Chris Evans ran for president of the United States, there’s no doubt that he would win by a landslide. Afterall, celebrities are the most influen...

Memories made with money

Senior year: the final year of K-12 education, which has been characterized in American media for decades, involves creating “priceless” memories ... 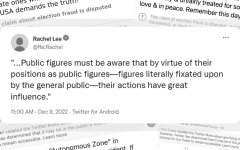 Self-care is the new normal

With the passage of California Senate Bill 14 in October last year, which allows students to take time off school for mental or behavioral health conc...

Eye of the Editor: Society Expectations

As if disproportionate domestic responsibilities and professional disadvantages weren't enough for women to look forward to, society has waged war aga... 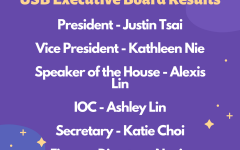 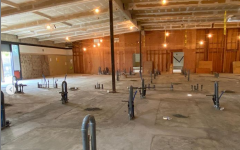 Financial benefits of reopening the economy

If you were to tell me two weeks ago that I’d be in favor of reopening California’s economy by the very beginning of summer, I’d probably have l...

Watkins wins 2020 teacher of the year

Due to his continuous support and contributions to Diamond Bar High School’s students and curriculum, teacher Ty Watkins was selected  as the schoo... 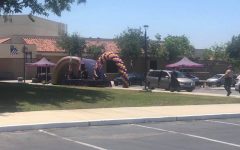