DBHS students are honored by choir 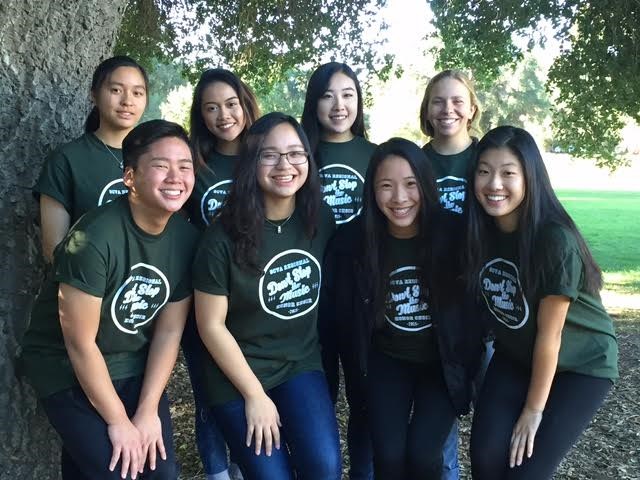 Singing in the shower (albeit terribly) is the favorite past time of many, but for eight of Diamond Bar High School’s rising stars, singing is more than a casual activity.

The process began with auditions at the beginning of October, with students from every school in Southern California striving for an opportunity to participate in this choir.

After receiving scores from the judges, the selected students were sorted into men’s choir, women’s choir, and mixed choir. Seniors Nicolas Zhou and Crystal Ng, along with junior Karoline Chuang performed in mixed choir, while senior Kassie Craft, juniors Allyson Cantimbuhan and Jodie Lu, and sophomores Rebecca Chuang and Kaitlyn Lee were in women’s choir.

After being notified of their acceptance into the program, the singers received their music a month in advance in order to prepare. Then, at the University of Redlands, the three choirs had two days of rehearsal, with roughly eight hours of practice on each day, before their concert on the second day.

“In preparation for it, we learn things like how to sing taller and have better diction and to learn the true meanings behind the songs we are singing,” Zhou said.

Participants were also tested on the first day to see whether or not they had learned the music beforehand, and were sent home if they had not.

“The rehearsals at Honor Choir were much more rigorous than the ones at school, since we only have one day to prepare all the songs that we need for the concert. So it definitely taught me how to build endurance for my voice, and physically for my health, because it’s really tiring after eight hours [of rehearsal],” Zhou said.

The students sang songs like “At the Round Earth’s Imagined Corners,” which was originally a sonnet, and “Verduron,” a traditional folk song.

“It’s really fun, and you learn a lot. It’s just to celebrate music and singing. It’s a great way for students in vocal music to expand their perspective and knowledge on choral music,” Nicolas Zhou, choir department president, said.

If the students’ scores are high enough during their initial audition, they will move on to the all-state Honor Choir in February after being notified in early December.

From DBHS, all of the aforementioned students will participate in this choir, except Crystal Ng and Allyson Cantimbuhan.

The choir department also recently hosted its annual Winter Winds concert, which featured the Marquis singers, on Dec. 4 and 5, and its Winter Concert last weekend, with all four choirs participating.

It is now competition season for choir. They are working toward perfecting their performance.

“We’re going to have sets that are bigger and better than those of years past,” Zhou said.